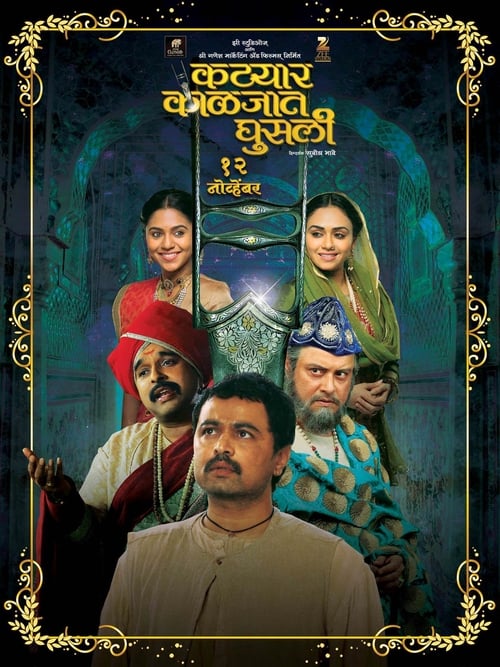 Katyar Kaljat Ghusli is a 2015 Marathi film based on a play by the same name. Directed by Subodh Bhave, the film stars Sachin Pilgaonkar, Shankar Mahadevan, and Subodh Bhave in lead roles. The film marks the acting debut for Mahadevan and directorial debut for Bhave. The original play premiered in 1967 in Mumbai, where Hindustani classical vocalist Vasantrao Deshpande played one of the protagonists. In 2010, the play was relaunched with protagonists essayed by Rahul Deshpande, grandson of Vasantrao Deshpande and singer Mahesh Kale. The film’s music is composed by Shankar–Ehsaan–Loy, and retained some of the songs from the original play composed by Jitendra Abhisheki.

Where can you watch Katyar Kaljat Ghusali online?