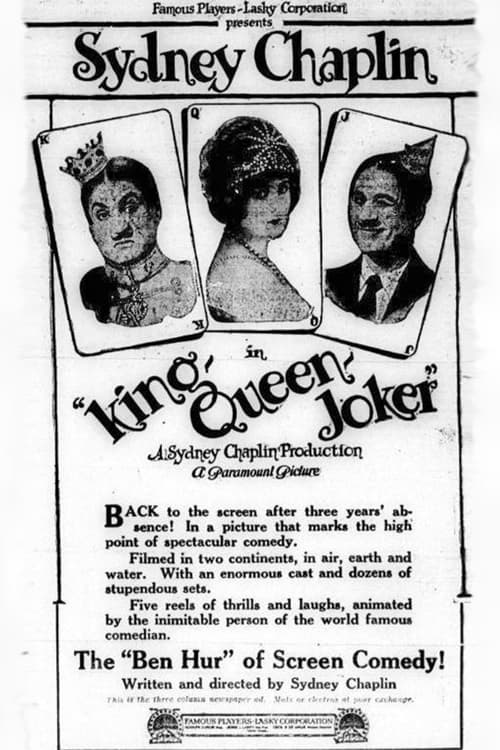 King, Queen, Joker is a 1921 silent feature farce written and directed by Sydney Chaplin, Charlie’s older brother. The picture was produced by Famous Players-Lasky and distributed through Paramount Pictures. The film was shot in England, France and the United States. Less than a reel of this film, the barbershop sequence, survives at the British Film Institute. It was included in the 2011 Criterion DVD special two disc edition release of The Great Dictator.

Where can you watch King, Queen, Joker online?