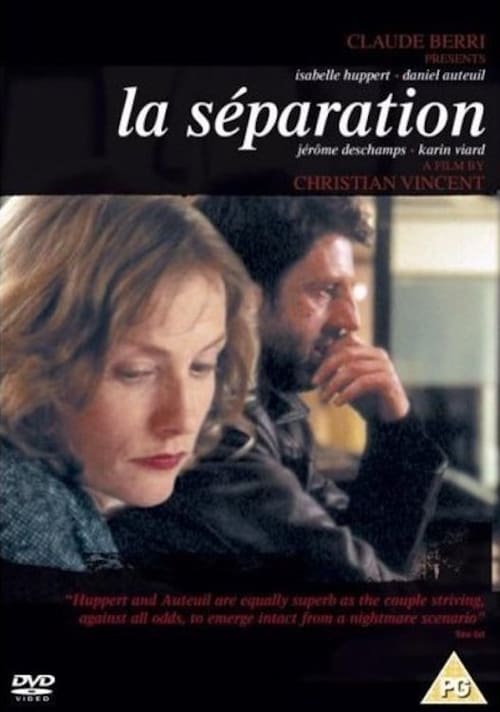 In Paris, Pierre and Anne have been living together for a couple of years and they have the eighteen months son Loulou, who stays with the nanny Laurence during the day while they work. Their best friends are the couple Victor and Claire, who also is not married but live together. Out of the blue, Pierre feels Anne estranged with him and sooner she discloses that she is in love with another man. Pierre seems to accept her affair but their relationship rapidly deteriorates, and Pierre becomes violent with her.

Where can you watch La Séparation online?