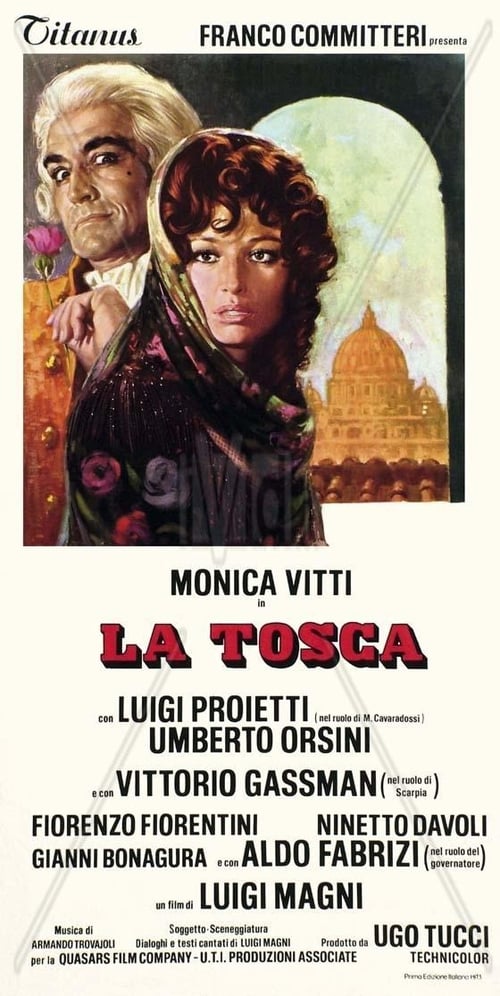 To the St. Andrew’s Church in Rome comes a fugitive - Cesare Angelotti, former consul, who was sentenced to death for taking a part in a conspiracy against tyranny that rules the country. In further escape helps him his friend, young painter Mario Cavaradossi. A bit later the chief policeman Scarpia reaches the church. He notices the similarity between the portrait of Maria Magdalena, Cavaradossi has been working on, and Rome countess named Attavanti. Scarpia shows these details to Cavaradossi’s beloved - singer Tosca, what makes her jealous. Tosca gets to Cavaradossi’s house with Scarpia’s men. Chief of the police believes he will find the prisoner there, and… seduce Tosca he fell in love long before.

Where can you watch La Tosca online?