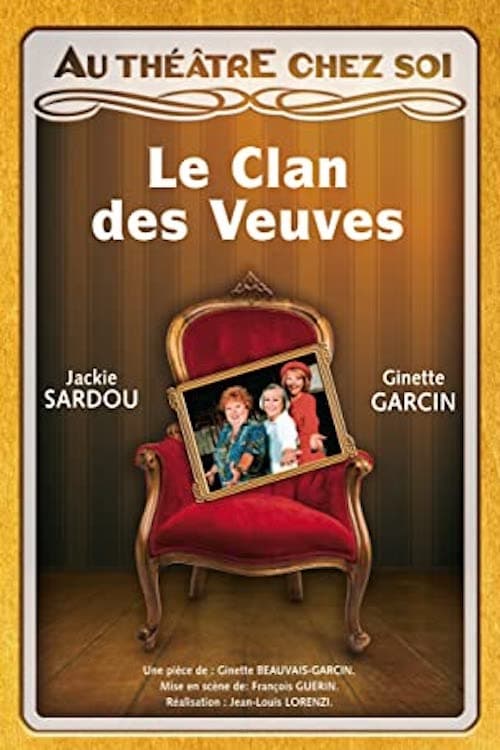 The Widows’ Clan is a play written by Ginette Garcin, premiered in 1989 at the Théâtre Municipal de Charenton and repeated in 1990 at the Théâtre Fontaine. It will be recorded for television and broadcast on Antenna 2 in 1992.
Jacky and Marcelle, already widows for several years, console Rose whose husband has just died in the toilet: he has been flushed on the head. All three form the clan of widows and tell each other, in spicy secrets, their past couple life. Rose soon learns of the existence of Mireille, the mistress of her late husband, and of her two daughters Jeanne and Jeanine. All these little people obviously come to claim their share of inheritance. Rose goes from surprise to surprise, supported with humor by her two friends, until the final scene where the doorbell rings: a little boy (voiceover) brings back a pair of gloves found in the street, Rose asks her name , his name is Jacques Stelman, like her late husband!

Where can you watch Le clan des veuves online?