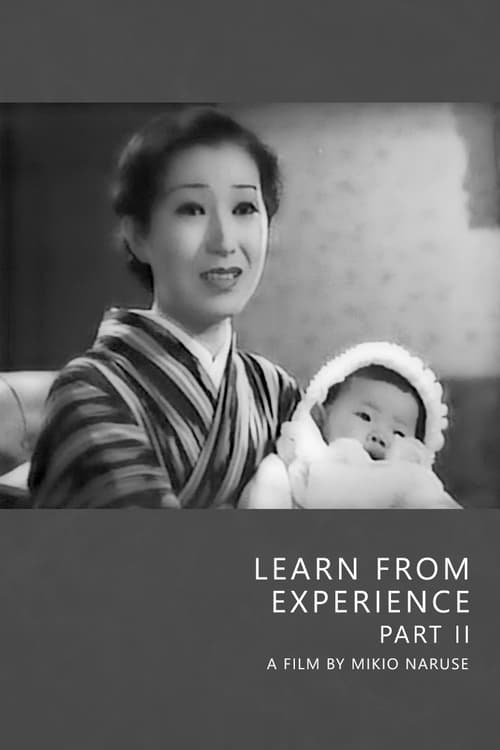 About Learn from Experience, Part Two

Part 2 of a 2-part romance (fist part - Kafuku zempen) based on a story by noted author Kikuchi Kan. In the second half, we discover that Toyomi is pregnant — and while Shintaro and Yurie are on their extended honeymoon, she bears his child, a girl named Kiyoko. She is supported in adversity by Michiko — and gets considerable moral support from not only her own mother but also from Shintaro’s mother and siblings. Even more surprisingly, Yurie strikes up a friendship of sorts with her. When Yurie learns that the child is Shintaro’s, she convinces Toyomi that it would be best to let Shintaro (and her) raise Kiyoko, so Toyomi can get on with making a proper life for herself. Tearfully, Toyomi agrees. Sometime later, Michiko goes to visit Toyomi — and sees her at work, as a kindergarten teacher.

Where can you watch Learn from Experience, Part Two online?