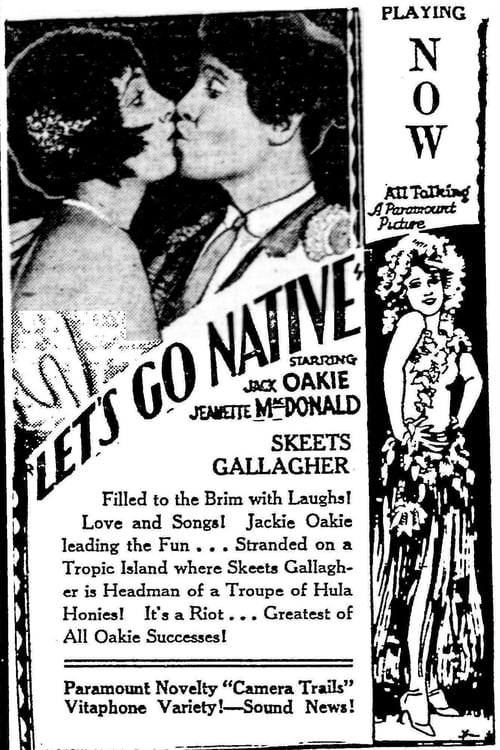 Dress designer Joan Wood, who’s heavily in debt, has created costumes for a Broadway show that is exported to Argentina. With the money she wants to pay her debts, but there was a mistake: she is receiving the money in Buenos Aires, not in New York. Her friend Wally Wendell, whose grandfather does not approve of his relationship with her, wants him to marry a girl he hasn’t seen for some years named Constance Cook, whose grandfather is the owner of a ship traveling to Buenos Aires and Constance

Where can you watch Let's Go Native online?