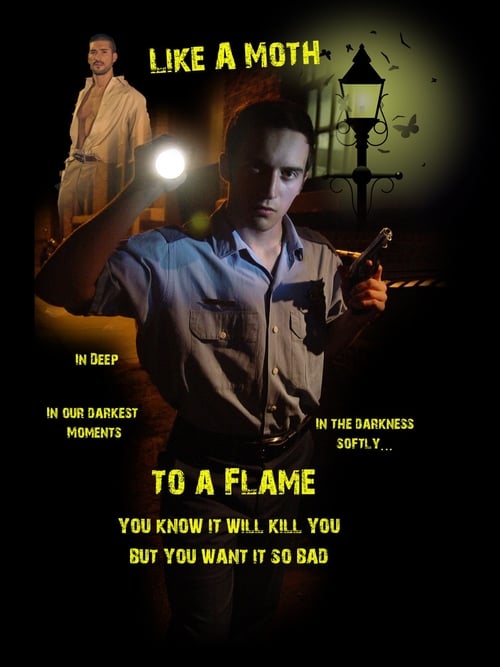 An erotically charged thriller composed of three short films. In Our Darkest Moments mixes wry humor and tense drama as it chronicles the sleazy exploits of a hunky, closeted married man who cruises seedy bookstores and sex dens. He begins an affair with a dangerous teenager, unaware of the disastrous effects it will have on his life. In the Dark, Softly, directed by Joe Rubin, is a love story (of sorts), chronicling a young man’s obsession with a local serial killer. And in the final film, In Deep, the police are trying to catch a murderer who preys on lonely men and then offs them with his extraordinarily large appendage. Maybe this killer is more than he seems.

Where can you watch Like a Moth to a Flame online?