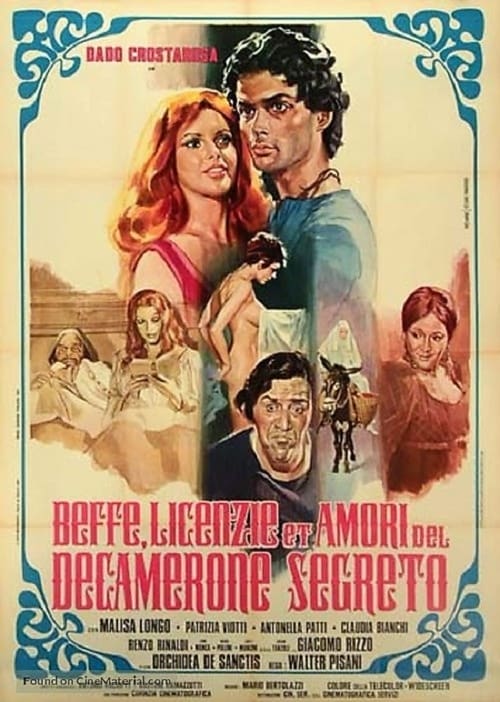 About Love, Passion and Pleasure

Cecco Angiolieri has joined, as storytellers and acrobats, the traveling company of Camillo. The stupidity of this man is so great that Cecco, inventing contagious childhood diseases, replacing it with his wife Dinda until the woman becomes pregnant. Meanwhile, the company has come in a city ruled by poetastro ser Gianni: Cecco, using his poetic vocation, getting license show for his teammates and conquers the woman, Tessa. Another victim of his jokes is fierce mother Lucrezia, new superior of the local monastery: Cecco, after forcing her to strip naked in the brothel of Filippa, precedes the convent pretending to it. Later, he clarified the misunderstanding, it becomes the lover and requires it to give shelter to Dinda, until Camillo is not ready to accept happily the unborn child as his.

Where can you watch Love, Passion and Pleasure online?