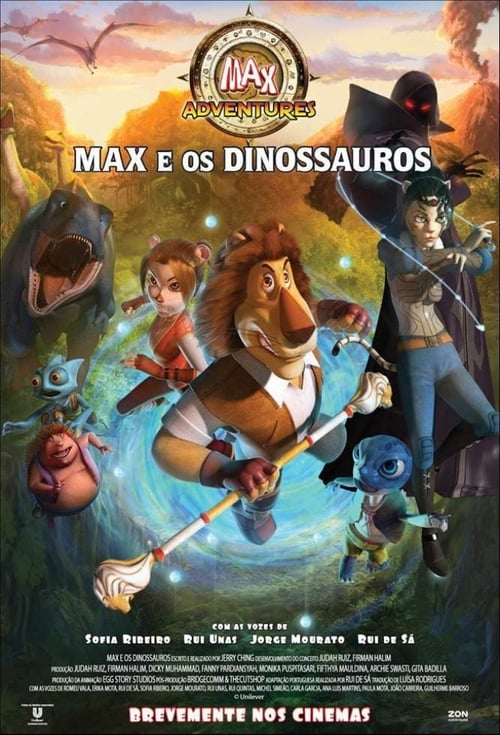 About Max Adventures in Dinoterra

The villain of the story, the Shadow is back. After the Lion Max have stopped to get the powerful crystals Lion, the Shadow discovered the existence of even more powerful crystals, the crystals of Dinosaur, and will do everything to achieve. The hero of Hello, a friend Leena, the chameleon Tics and porcupine spikes, double humorous film, must travel to the past and try to prevent the crystals from falling into the hands of the dinosaur Shadow. The task proves to be even more difficult because the Shadow has a dangerous new ally: Queen Felina. The Shadow will persuade the Queen Feline traveling back in time through the magical portal of time, of which this is the key, and bring the three power crystals, which are guarded by a powerful or T-Rex, or by fierce Skyhunters or by secret Trispikes. The question is whether Max can conquer the past and thus save the future.

Where can you watch Max Adventures in Dinoterra online?