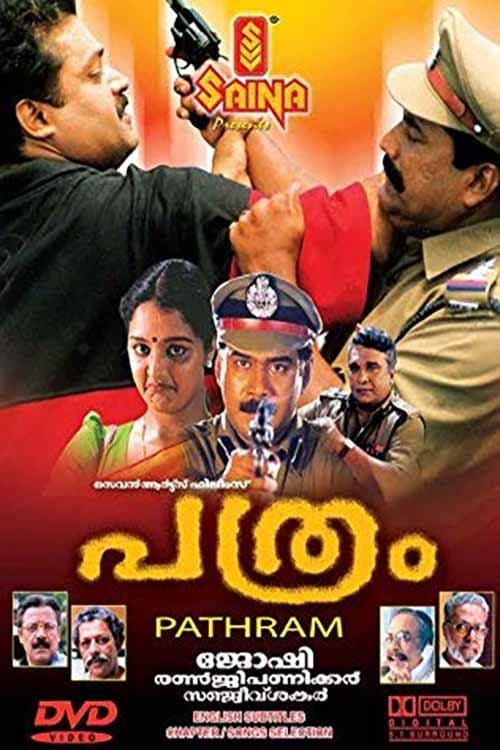 Nandagopal, an associate editor with Keralareshmi, one of the leading dailies, is aggressive and daring and enjoys a good reputation among the media circle. Born and brought up in Mumbai, Nandan is the son of Venugopal, a daring journalist who was killed by textile mafia long back. Nandan, in Kochi meets Sekharan, an old naxalite who is running Jagratha, a newspaper which is feared by political class. Sekharan’s outspoken and belligerent nature had earned him more enemies than friends. He is constantly fighting Vishwathan, who rules Kochi with his muscle and money. Vishwanathan holds a large share in Keralareshmi and enjoys a huge political clout at state and central levels. Shekharan brings out the role of Vishwanathan in the murder of Vincent Paul, which creates a panic in the political level.

Where can you watch Pathram online?