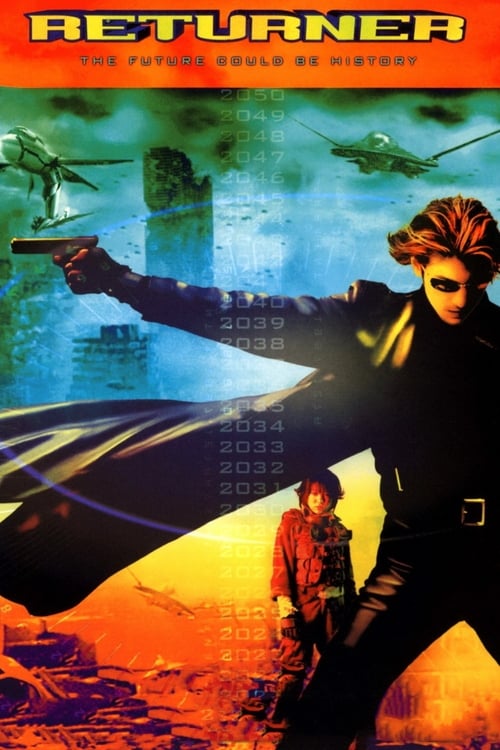 After an alien invasion threatens to annihilate the human race, a young Japanese girl, named Milly, travels back in time from 2084 to October 2002, and enlists the reluctant aid of skilled Tokyo gunman, named Miyamoto, to discover and prevent the start of the war. However, trouble ensues when the two protagonists are forced to deal with a Japanese mafia boss, named Mizoguchi, who is somehow involved in the start of the war by keeping the first alien spaceship and its alien pilot captive, while our two heroes race against the clock to find a way to stop the oncoming destruction from the vengeance-seeking alien invasion fleet on its way to Earth.

Where can you watch Returner online?