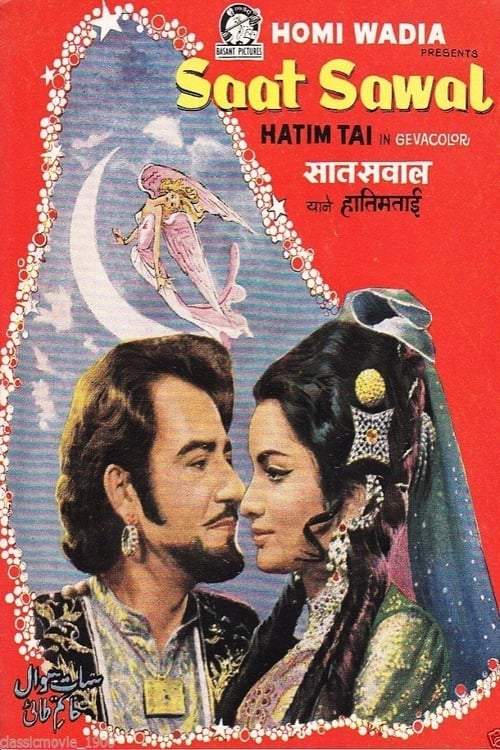 During a hunt, Munirshah meets with Sabeena and both fall in love with each other. He approaches her father for her hand, but is refused as she is cursed to turn into stone after her marriage, as her father was cursed by Gulnar, a Pari (Fairy), who had turned to stone on his touch. Munirshah seeks the help of generous Shahenshah-e-Yemen Haatim Bin Tai. They visit Sabeena’s father’s palace, view the stone bust of Gulnar. Haatim is told that he must solve seven puzzles and only after doing so will Gulnar return back to her normal self and take back her curse. Haatim agrees to do so and sets forth not realizing that he will be pitted against a half-bear half-woman; a cannibalistic giant named Irfan; merciless bandits; giant man-eating birds; be captured by Gulnar’s father; and he will eventually end up as a captive to an invincible sorcerer, Kamlakh.

Where can you watch Saat Sawal online?