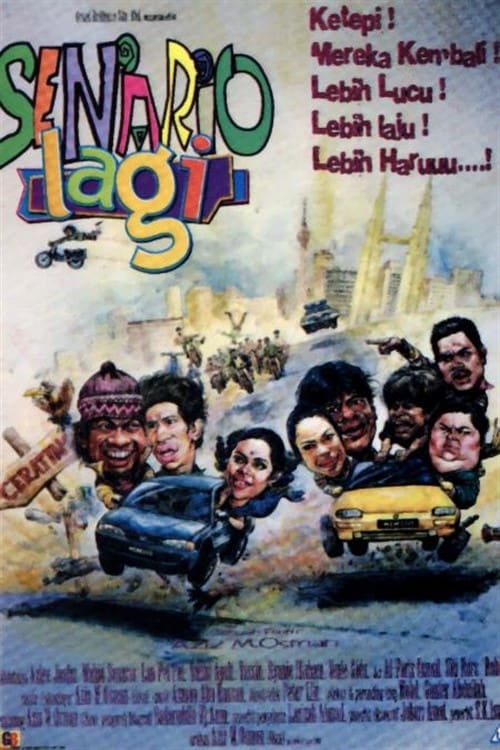 The story starts with Azlee trading his cute Kancil for a Proton Wira through a salesman named Borhan. Azlee plans to take his wife Zati and their son Zizi to Cherating. After Azlee left, Borhan meets a bouncer named Mazlan who is on the look out for the same Proton Wira with the hope of repossessing it. Mazlan, who is determined to get the car back, was told that Azlee has it. Meanwhile, Azlee and his family were stopped by an Indonesian named Yassin along the Karak highway. Yassin wants a lift to Kuantan but he is refused by Azlee. A few metres away, a beautiful girl Linda stops Azlee because her car broke down. Azlee gives Linda a ride to town and this angers Zati. A quarrel ensues and Azlee accidentally knocks down Saiful on a motorcycle….

Where can you watch Senario Lagi online?