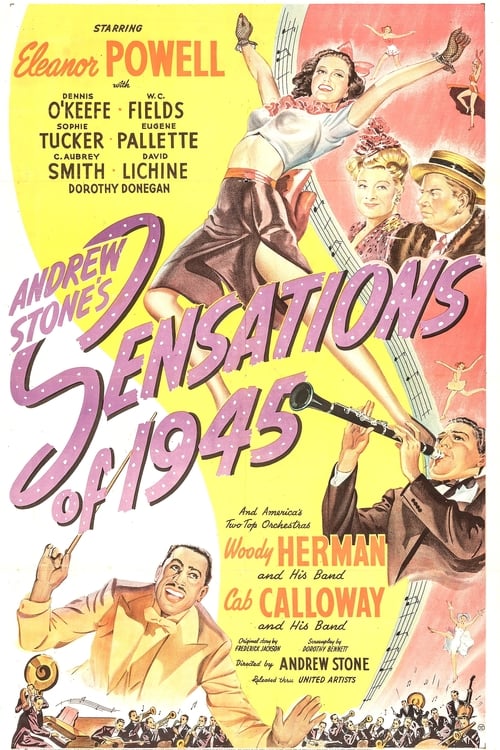 As dancer Ginny Walker performs on stage, a veiled woman in the audience stands up, accuses Ginny of stealing her husband and then fires a gun at her. After Ginny collapses and is taken to her dressing room, the woman, Julia Westcolt, a friend of Ginny’s, dashes backstage, discards her veil, and then congratulates her friend on their successful publicity stunt. When Ginny’s press agents, Gus Crane and his son Junior, visit their client backstage, she brags about her feat and chides them for not being more creative in promoting her. Horrified at Ginny’s brashness, Junior, a conservative Harvard graduate, chastises her and leaves the room.

Where can you watch Sensations of 1945 online?