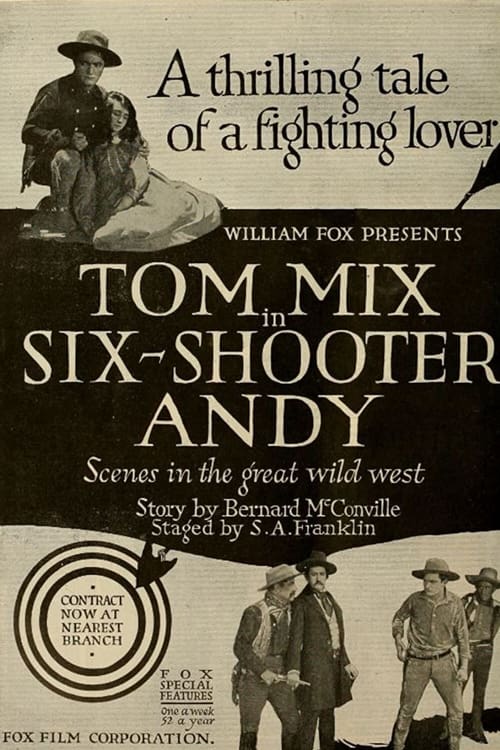 Susan Allenby’s father is killed during a robbery staged by Bannack’s corrupt sheriff, Tom Slade, and his men, leaving the girl to care for her eight brothers and sisters. Andy Crawford and his father William take the orphans in, but after Andy’s father is killed, the young prospector vows to avenge his death and clean up the town.

Where can you watch Six-Shooter Andy online?