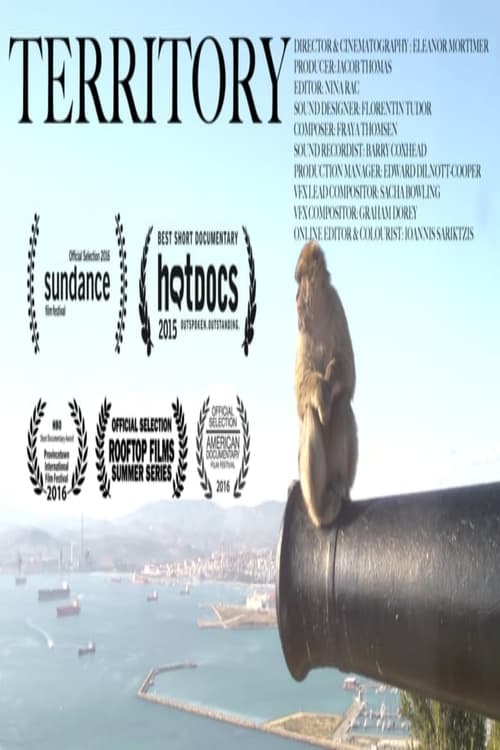 On the Rock of Gibraltar, a battle is being waged between man and monkey. Barbary macaques have called this place home for centuries, surviving both the Moors and Spaniards and coexisting with the British since the 1700s. Abandoning the gorgeous Mediterranean view is just not a part of their plan. Increasingly though, the macaques are climbing down into town and disturbing the peace as they romp along rooftops in this peculiar British outpost. Recent efforts to keep them in line have involved only feeble peashooters, but Her Majesty’s next coordinated moves might actually make a dent. With a hint of humor, this quiet and beautifully photographed observational film captures the macaques in everyday acts of rebellion and asks us to consider the arbitrary nature of our own territorial tendencies.

Where can you watch Territory online?