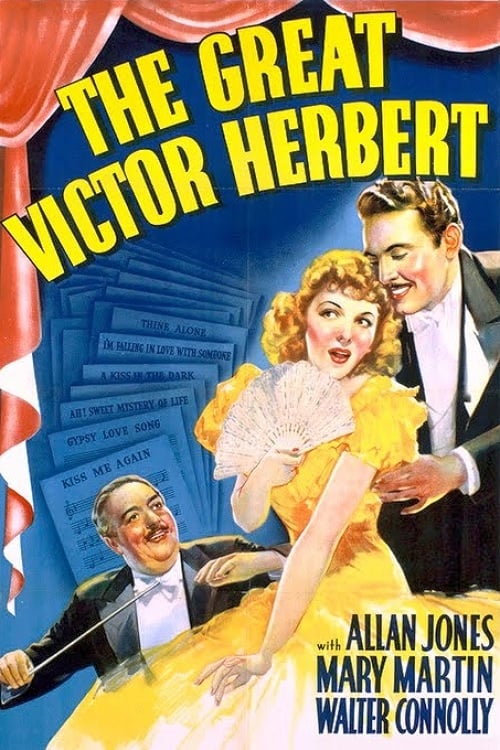 About The Great Victor Herbert

In his last film assignment, portly Walter Connolly fills the title role (in more ways than one) in The Great Victor Herbert. Very little of Herbert’s life story is incorporated in the screenplay (a closing title actually apologizes for the film’s paucity of cold hard facts); instead, the writers allow the famed composer’s works to speak for themselves. In the tradition of one of his own operettas, Herbert spends most of his time patching up the shaky marriage between tenor John Ramsey (Allan Jones) and Louise Hall (Mary Martin). Many of Herbert’s most famous compositions are well in evidence, including “Ah! Sweet Mystery of Life”, “March of the Toys” and “Kiss Me Again”, the latter performed con brio by teenaged coloratura Susanna Foster. Evidently, the producers were able to secure the film rights for the Herbert songs, but not for the stage productions in which they appeared, which may explain such bizarre interpolations as having a song from Naughty Marietta.

Where can you watch The Great Victor Herbert online?