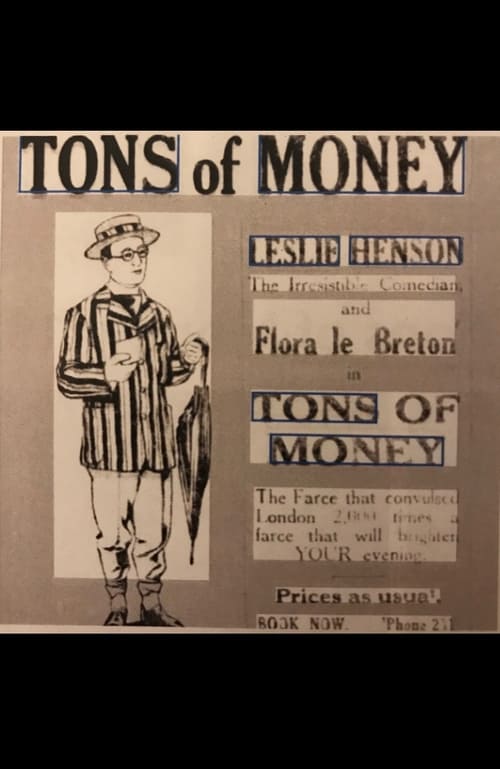 About Tons of Money

Tons of Money is a 1924 British silent comedy film directed by Frank Hall Crane and starring Leslie Henson, Flora le Breton and Mary Brough. Aubrey Allington is pursued by creditors and on learning of a family inheritance is persuaded by his wife to fake his own death and return as his own long-lost relative, George Maitland, the rightful claimant. Things get complicated when the real Maitland turns up with another Maitland impersonator, the brother of Aubrey’s butler, Sprules.
It is an adaptation of the 1922 play Tons of Money by Will Evans and Arthur Valentine. Both were co-produced with Tom Walls. It was remade as a sound film Tons of Money in 1930

Where can you watch Tons of Money online?