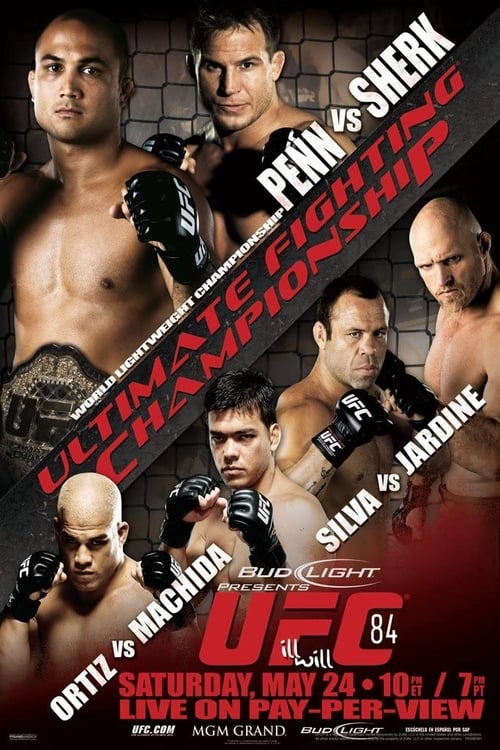 UFC 84: Ill Will was a mixed martial arts event held by the Ultimate Fighting Championship (UFC) on May 24, 2008, at the MGM Grand Garden Arena in Las Vegas, Nevada. The card featured the return of Sean Sherk, who was suspended and stripped of his UFC lightweight title after he tested for steroids at UFC 73. He faced B.J. Penn, who had since won the vacated title.

Where can you watch UFC 84: Ill Will online?