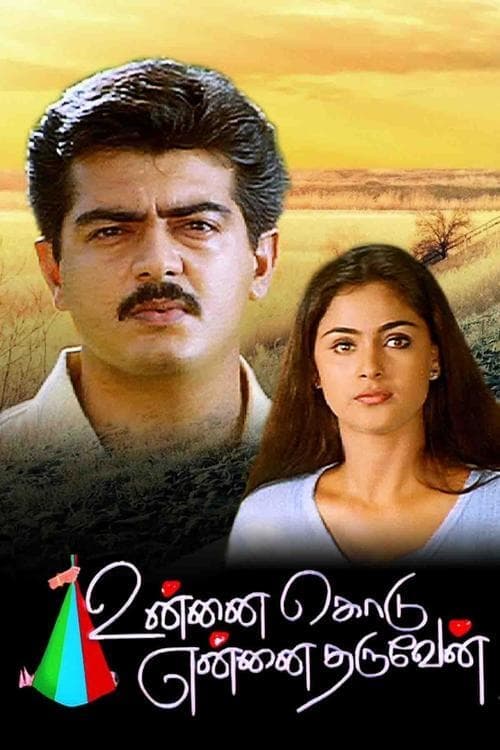 Surya (Ajith) has been brought up in the army barracks in Ooty, ever since his mother(Sukanya) handed him over as a baby to a brigadier (Nasser). She tells the officer the reason for her action but the audience is not allowed to hear it at this point. Surya grows up to be a patriotic youth and the best soldier in his class. He falls in love with Indu (Simran), the daughter of an army officer. Indu’s parents accept her choice of husband but soon after, her father dies in a bomb blast while her mother loses her life on seeing her husband’s body. Not wishing to lose her husband too in war, Indu asks Surya to choose between her and the army.

Where can you watch Unnai Kodu Ennai Tharuven online?