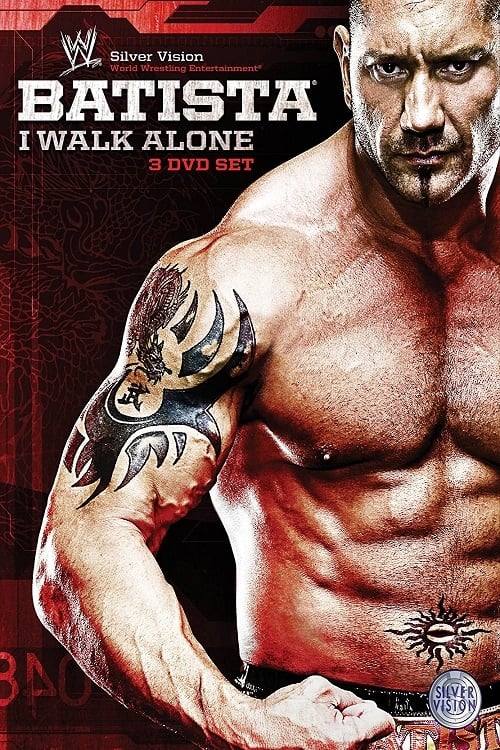 About WWE: Batista - I Walk Alone

One of WWE s most popular Superstars, Batista is truly a study in contrasts. On one hand, Batista is the smoothest of operators, known for his stylish appearance and laid-back attitude. He has the air and presence of a champion. Exploding with fury in the ring, however, Batista embodies his nickname The Animal. That power has served him well where he has won five world championships. For the first time ever, fans of The Animal can relive his storied career with this 3-DVD set that includes a biography of Batista s life both inside the ring and out. In addition to this revealing look at The Animal, this 3-DVD set will feature dozens of the greatest matches and moments from Batista s career.

Where can you watch WWE: Batista - I Walk Alone online?