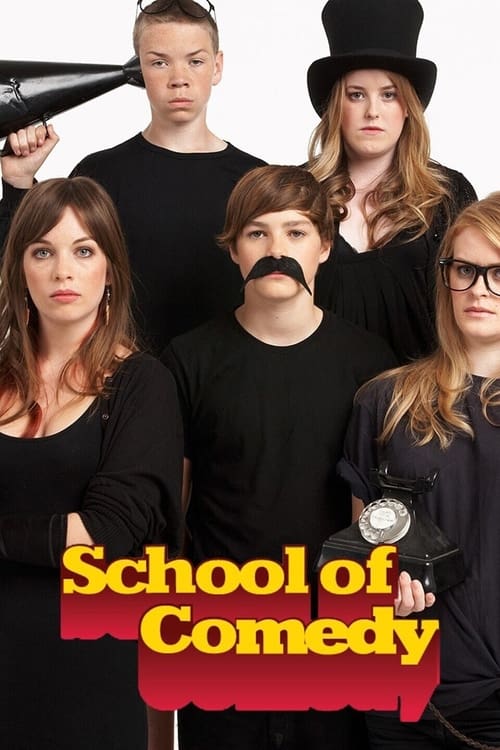 School of Comedy is a British character-based comedy sketch show which was turned into a television show after a successful run of review shows at the Edinburgh festival. The cast is entirely made up of children much like in the popular musical Bugsy Malone which creator Laura Lawson often references to in interviews about the show.

The show comprises sketches involving a very diverse group of characters; from a lesbian couple in 1940s war-time Britain, to a pair of South-African security guards. The show is unique from other comedy sketch shows because even though the show’s content is mature enough to need to be shown after the watershed, the roles are all played by teenage children of ages 11 – 15.

The show has been credited with starting the careers of both Will Poulter and Jack Harries. Poulter has gone on to star in films such as Son of Rambow, The Chronicles of Narnia: The Voyage of the Dawn Treader and We’re the Millers, while Harries has gone on to start a YouTube channel named “JacksGap”, which currently has over 2 million subscribers and has made Harries both well-known and popular on the internet.