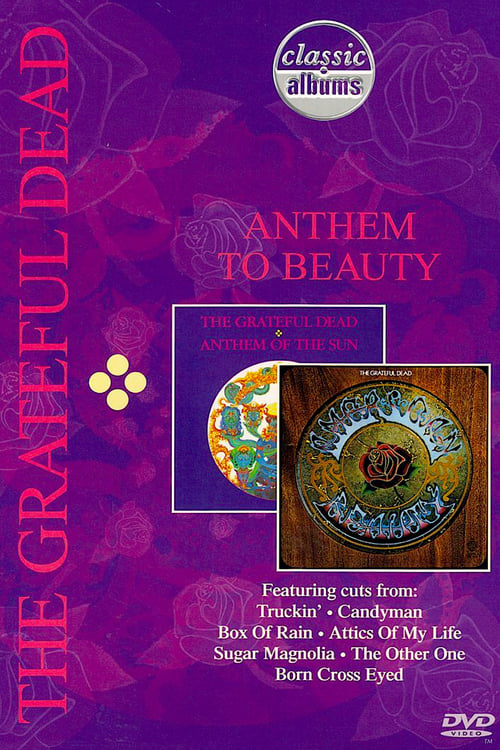 This installment of the Classic Albums series follows the making of two Grateful Dead albums, the fiercely experimental Anthem of the Sun and the understated masterwork American Beauty, which spawned melodic gems like “Sugar Magnolia” and “Ripple.” Between the archival scenes and contemporary interviews with band members, the DVD shows a band making seismic inroads in pop music—and five young guys coming to terms with artistry, mortality, and, yes, the pursuit of happiness. There is priceless footage of Neal Cassady driving Ken Kesey’s bus and of the Dead, surrounded by martini-sipping hipsters, on Playboy After Dark. The best scenes involve band members talking about specific songs (you will never hear Phil Lesh’s “Box of Rain” again without thinking of it as a gift to his dying father) or deconstructing a tune by playing each track separately. Intimate and surprisingly cohesive, Anthem to Beauty is a rare glimpse into how the Dead’s magic was made.

Where can you watch Grateful Dead: Anthem to Beauty online?