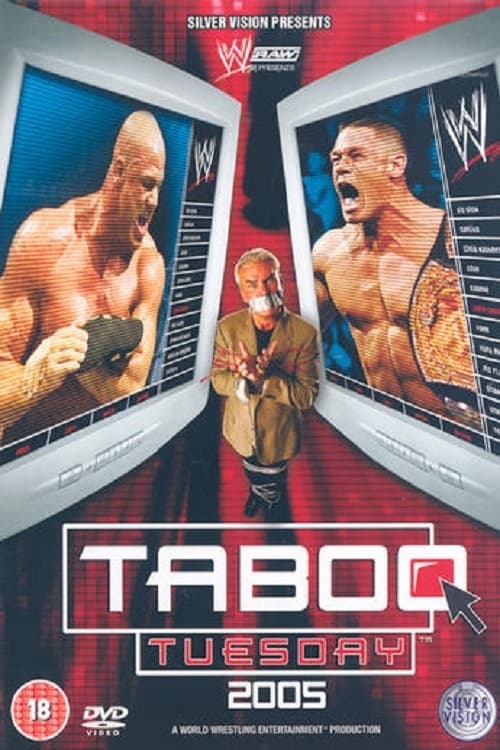 Taboo Tuesday (2005) was a professional wrestling PPV event produced by World Wrestling Entertainment (WWE), which took place on November 1, 2005 at the iPayOne Center in San Diego, California. It was the second annual Taboo Tuesday event in which the fans were given the chance to vote on stipulations for the matches. The voting for the event started on October 24, 2005 and ended during the event. The event starred wrestlers from the Raw brand. The main event was a Triple Threat match for the WWE Championship featuring Kurt Angle, John Cena and Shawn Michaels. Two bouts were featured on the undercard. The first was a Steel Cage match for the WWE Intercontinental Championship where Ric Flair fought Triple H. The other featured an Interpromotional tag team match where Rey Mysterio and Matt Hardy (SmackDown!) defeated Chris Masters and Snitsky (Raw).

Where can you watch WWE Taboo Tuesday 2005 online?