FIRST LOOK: Disney Plus Begins Testing “GroupWatch” Feature, This is What It Looks Like 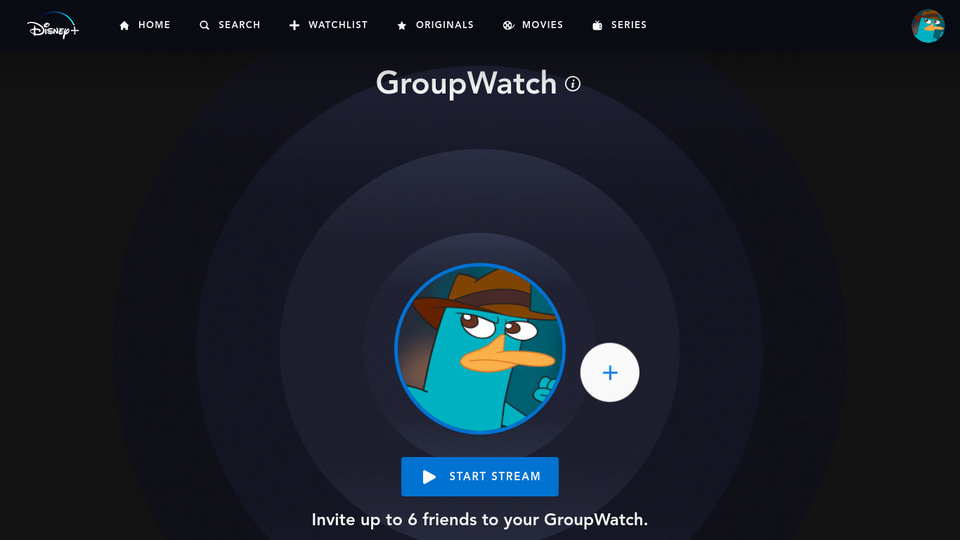 Last week, there was word that a new co-watching feature called “GroupWatch” would be coming to Disney+. Now the service appears to be testing it with select users in Canada. We’ve heard from sources familiar with the feature that Disney plans to roll it out across markets this Fall.

A Disney+ subscriber based in Canada shared with The Streamable a look at exactly how the Group Watch feature will work.

When you go to a Disney+ movie or show page, there will be an icon to select “GroupWatch” mode next to the “Watch List” button. Once you click that icon, it will generate a link that you can share with family and friends. Those who receive a link can join the party. If the recipient doesn’t have a Disney+ account, they are led to a sign-up page instead.

The feature allows for seven people to watch at a time, with emojis and chat features to make the experience more interactive. Each person in the group equal access to video playback, which means everyone can play and pause at will.

The feature also comes with limitations as well. It doesn’t allow users to be in multiple watch parties at the same time. Moreover, if you receive shared content, you can only view it if its available in your region or in the case of Premier Access, if you already purchased the film.

Co-viewing experiences have been a major trend during the pandemic, with services like Hulu, Amazon Prime Video, while third-party services like Netflix Party and Scener have filled the void for Netflix and HBO respectively.