There’s no better way to kick off the scariest month of the year than with a spooky Star Wars-inspired Halloween special. What could be even better? Everyone on the screen is LEGO. Coming to Disney+ on Friday, October 1 is LEGO Star Wars: Terrifying Tales — set in a blocky, humorous rendition of your favorite galaxy far, far away. Watch it with a subscription to Disney+.

LEGO Star Wars: Terrifying Tales celebrates the Halloween season with a similar vibe to Marvel’s new What If…? series. The movie offers a new, fresh take on the series’ familiar characters, but it does so all within the framework of something tangible and believable. Set just after the events of Star Wars: The Rise of Skywalker, Poe (Jake Green) and BB-8 have to make an emergency landing on the lava planet of Mustafar, the same planet where Obi-Wan defeated Anakin many years ago.

Here, they meet the corpulent, selfish Graballa the Hutt (Dana Snyder), who has purchased Darth Vader’s castle for renovations. Specifically, he means to turn it into the galaxy’s first Sith-inspired luxury hotel! As the heroes venture deep into the mysterious castle, they meet Vader’s loyal servant, Vaneé (Tony Hale). Vaneé weaves three horror stories (that are more hilarious than scary) about ancient artifacts and iconic villains from a distant past: Darth Vader, Darth Maul, and General Grievous. In the background, meanwhile, something sinister is afoot. BB-8, Poe, and his mechanic friend, Dean (Raphael Alejandro), must learn to face their fears in order to stop an ancient evil from returning. Watch the LEGO madness unfold on Friday, October 1st with a subscription to Disney+! 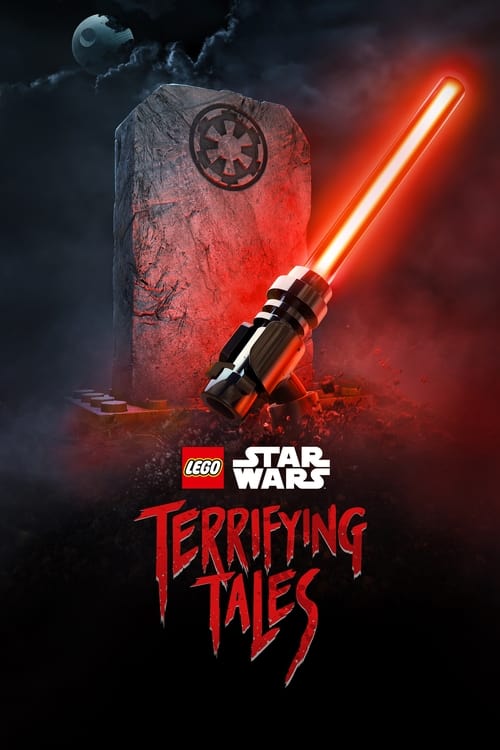 Poe Dameron and BB-8 must face the greedy crime boss Graballa the Hutt, who has purchased Darth Vader’s castle and is renovating it into the galaxy’s first all-inclusive Sith-inspired luxury hotel.