The first season of horror-comedy series “Shining Vale” comes to an end this weekend. In this episode, viewers will get some closure as they see what happens with Pat’s book. The season finale focuses on the end of Pat’s book, which features a shocking twist, all while the family is attempting to fight for their souls. You can stream the Season 1 finale on the Starz channel or on the STARZ app on-demand on Sunday, April 17. You can watch the “Shining Vale” season finale with a 7-Day Free Trial of STARZ App.

“Shining Vale” tells the story of Pat and Terry Phelps and their two children, who move into an old home in a small town called Shining Vale. However, after moving in, Pat realizes that the house has had more than its fair share of bad things happen under its roof. Soon, she learns that she’s dealing with either depression or possession. While attempting to finish writing her book, which has been in the works for 17 years, she discovers that the demons in the house seem to be getting even more realistic.

If you were hoping to get an update on the fate of “Shining Vale” Season 2, you will have to wait a little bit longer. At this point, STARZ hasn’t renewed or canceled the series. 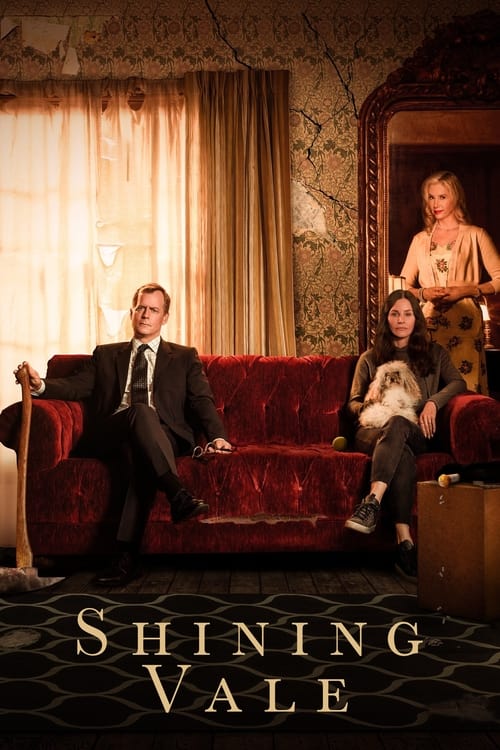 A dysfunctional family moves from the city to a small town into a house in which terrible atrocities have taken place. But no one seems to notice except for Patricia “Pat” Phelps, who’s convinced she’s either depressed or possessed – turns out, the symptoms are exactly the same.

What Devices Can You Use to Stream ‘Shining Vale’ on STARZ?