American Dad is no stranger to holidays. This show frequently does special episodes for Christmas and Halloween, even a couple for Thanksgiving. This year will be no different, as Halloween rolls around once more, and American Dad prepares with a special episode. So join TBS this year as Halloween gets Dadded once more. Nobody’s safe! You can watch it with a 5-Day Free Trial of DIRECTV STREAM.

How to Watch the ‘American Dad’ Halloween Special Live Online

American Dad features the Smith family, a family that may seem normal on the surface, but once you spend any length of time with them, is anything but. Led valiantly — and frequently idiotically — by family patriarch, ultra-patriot, and CIA agent Stan Smith, the Smiths navigate life in their suburban slice of paradise, Langley Falls.

Joining Stan are his longsuffering wife, former party girl turned homemaker Francine, lazy flower child Hayley, quite possibly brain-dead son-in-law Jeff, and nerdy momma’s boy extraordinaire Steve. It only gets weirder from there. How much weirder, you wonder?

Well, there’s the alien who lives in the attic. He’s a die-hard hedonist named Roger, who lives his life in a series of costumed personae and excretes solid gold studded with gems. It actually figures into the plot of several episodes. There’s also their pet goldfish, Klaus. If you think “Klaus” is an unusual name for a goldfish, it is. Because that’s not really the goldfish’s name. It’s the name of the East German Olympic ski-jumper, Klaus Heisler, whose brain is currently occupying the goldfish’s head after a CIA experiment.

Weird enough for you? Well, brace yourself, because it’s going to get weirder still. The Halloween special carries the title “Steve’s Franken Out”. Naturally following Steve — it’s right there in the title — this episode features Steve attempting to save the Science Club from disbandment by Principal Lewis, who oversees Pearl Bailey High School, Steve’s alma mater. In a bid to save the club, Steve will be cast as Dr. Frankenstein as he attempts to reanimate a human corpse. You can imagine what happens from there. 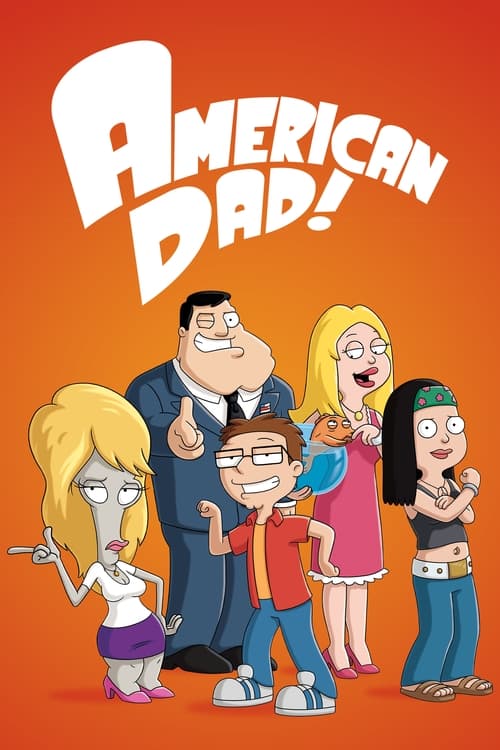 The series focuses on an eccentric motley crew that is the Smith family and their three housemates: Father, husband, and breadwinner Stan Smith; his better half housewife, Francine Smith; their college-aged daughter, Hayley Smith; and their high-school-aged son, Steve Smith. Outside of the Smith family, there are three additional main characters, including Hayley’s boyfriend turned husband, Jeff Fischer; the family’s man-in-a-goldfish-body pet, Klaus; and most notably the family’s zany alien, Roger, who is “full of masquerades, brazenness, and shocking antics.”