How to Watch ‘The Beatles: Get Back’ on Apple TV, Fire TV, Roku, and Mobile

The three-part documentary, “The Beatles: Get Back,” features exclusive new footage with John Lennon, Paul McCartney, George Harrison and Ringo Starr. The first episode will premiere on Thursday, November 25. You can watch with a subscription to Disney+.

How to Watch ‘The Beatles: Get Back’

Can You Stream ‘The Beatles: Get Back’ For Free on Disney+?

When Will New Episodes Of The Beatles Doc Be Released?

The second episode will be available the following day on Friday, November 26, and the third will be released on Saturday, November 27.

About ‘The Beatles: Get Back’

The very anticipated doc-series gives Beatles fans an inside look into the lives of late John Lennon, Paul McCartney, George Harrison and Ringo Starr as they prepare to play their renowned “rooftop concert” at the band’s Apple Corps headquarters on London’s Savile Row, also known as the band’s final live performance.

60 hours of footage and 150 hours of audio that hasn’t been seen or heard for 50+ years, will finally be uncovered. The Oscar-winning director of “The Beatles: Get Back,” Peter Jackson is the only person who has ever had access.

The documentary will show the Beatles planning, writing and rehearsing 14 new songs for their first public concert in three years. McCartney tells Lennon, “I think we’ve gone a bit shy.” Some of the songs that you will hear is Let It Be, Don’t Let Me Down, I’ve Got a Feeling and Get Back.

The Let It Be album came out in 1970 after the band had already parted ways. It’s likely that we’ll see footage that gives us a hint as to why they broke up (Yoko Ono?).

Jackson explains how his team got access to some incredible, previously unheard conversations. “What John and George used to do is, if they were in a conversation, they would turn their amps up loud and they’d-and they’d strum the guitar,” Jackson said. “They’d just be strumming, not playing anything, no tune, just [makes a guitar sound]. So, all Michael’s microphones were recording was this loud guitar, but you’d see the Beatles talking, having some private chat.

“So a lot of our movie, or certainly some key parts of our movie, feature private conversations that they tried to disguise or tried to cover up at the time he was recording them. But we’ve been able to strip those-those guitars away now, which is a little bit naughty!” 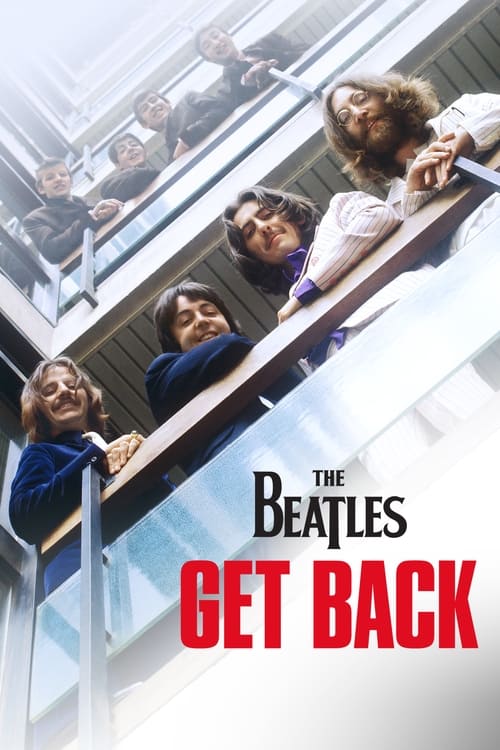 The Beatles: Get Back

The three-part documentary series, compiled from over 60 hours of unseen footage, captures the warmth, camaraderie, and creative genius that defined the legacy of music’s most iconic foursome. The series also includes – for the first time in its entirety – The Beatles’ final performance at London’s Savile Row.

What Devices Can I Use to Stream ‘The Beatles: Get Back’?