How to Watch Marvel’s ‘What If…?’ Premiere Online on Apple TV, Roku, Fire TV, Smart TV, and Mobile

After watching Scarlet Witch take a small town hostage and turn it into a sitcom, and Crocodile Loki bite off the hand of President Loki, you’d think it would be hard to faze Marvel fans by now. What If…? might be the strangest new addition to the Marvel Cinematic Universe yet: a deep dive into alternate storylines and backgrounds for some of the series’ most iconic characters. Stream stories about ‘what might have been’ on Wednesday, August 11 with a subscription to Disney+.

How to Watch What If…?

After the Agent Carter series, many fans of Captain America’s old flame have been itching to see Peggy Carter (Hayley Atwell) return to center stage. The premiere episode of ‘What If?’ brings fans to an alternate reality where it was she, not Steve Rogers, who received the super-soldier serum. The newly donned ‘Captain Carter’ is ready to bring the Union Jack-emblazoned shield down on some very unlucky HYDRA soldiers - but that’s not all. What would have happened if T’Challa was beamed into space instead of Peter Quill? Or if Killmonger happened to be wandering the desert the day Tony Stark’s caravan was set upon by terrorists?

What If…? lets imaginations run wild, taking the coolest of obscure storylines and the zaniest of fan fictions to bring them under one beautifully animated spotlight. Actors Josh Brolin (Thanos), Dominic Cooper (Howard Stark), Karen Gillan (Nebula), Jeff Goldblum (The Grandmaster), Samuel Jackson (Nick Fury), Michael B. Jordan (Killmonger), Chris Hemsworth (Thor), and Tom Hiddleston (Loki) are returning to reprise their roles (with a twist!), and will debut Jeffrey Wright as the powerful and omniscient Watcher. Episode 2 will also be the last recorded work of the late Chadwick Boseman (Black Panther) with Marvel Studios. Check out the premiere on Wednesday, August 11 with a subscription to Disney+. 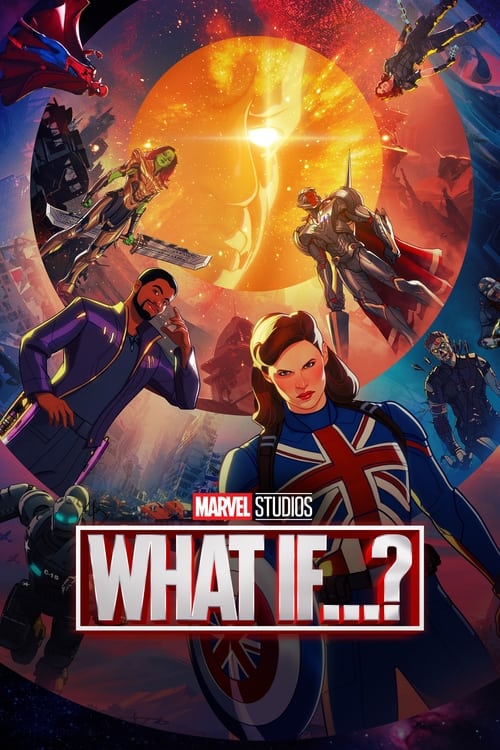 Taking inspiration from the comic books of the same name, each episode explores a pivotal moment from the Marvel Cinematic Universe and turns it on its head, leading the audience into uncharted territory.

Can You Watch What If…? on Disney+ For Free?

While Disney+ no longer offers a free trial of the service, if you are an Xbox Game Pass Subscriber, you can get a 1-Month Free Trial for a limited time.

When Are New Episodes of What If…? Released?

The first episode of What If…? will be released on Wednesday, August 11, with the rest coming every Wednesday until October 13.

Preview for Marvel's 'What If?'