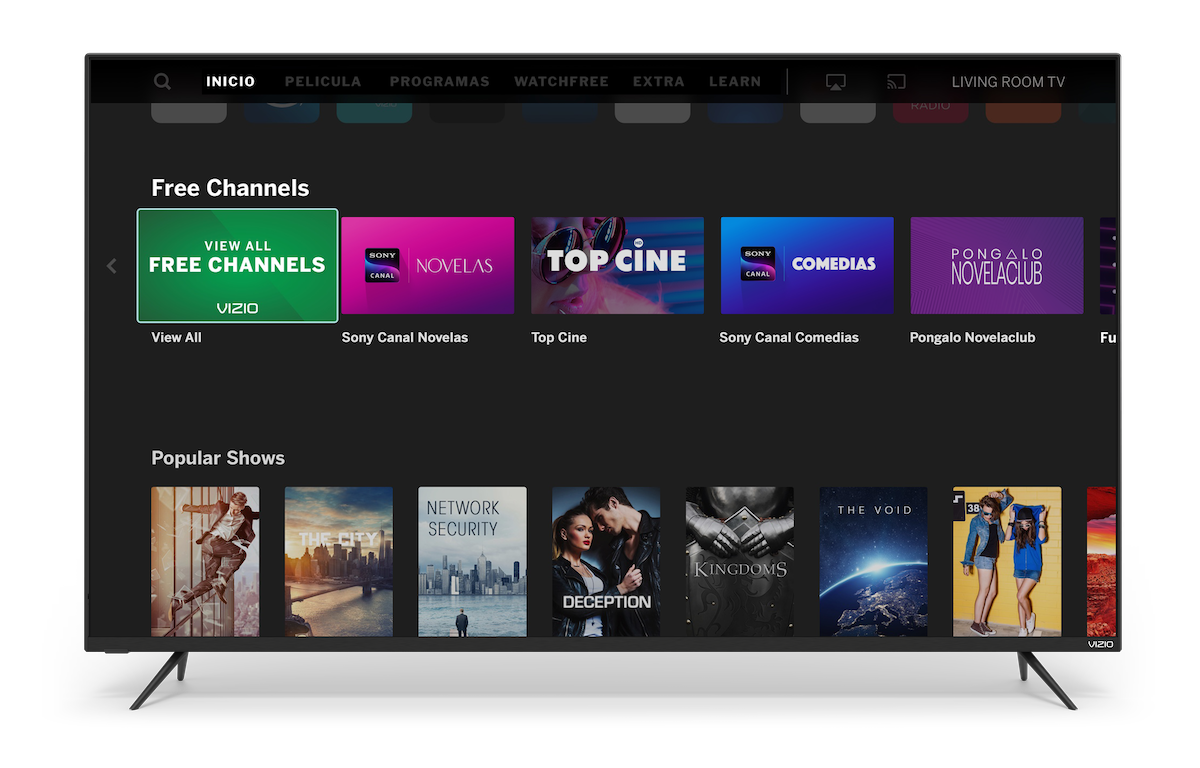 The AVOD’s new channels offer a content library of global multicultural and popular shows dubbed into Spanish. They are located in the Vizio Free Channels section of the SmartCast Home screen, a complement to its WatchFree service.

In total, Vizio is offering more than 200+ free linear TV channels of news, TV shows, movies and sports. The platform has a variety of genres — telenovelas to thrillers — and caters to all demographics.

The VIX app houses free Latino-focused films and TV shows. VIX is the No. 1 most-downloaded entertainment app on Android devices in Mexico ahead of Netflix, per App Annie, and in the top five or 10 in U.S. Hispanic and every country in Latin America on Roku.

The free VIX app augments the Hispanic “super fan” channels, such as Pongalo NovelaCub and Moovimex, home to Mexican movies. Plus, the recently launched Sony Canal, an AVOD platform for Spanish-speaking viewers in the U.S., will debut its streaming channels on Vizio.

They include Sony Canal Novels, with popular series such as “Doña Bárbara” and “Señorita Pólvora,” and comedies, like “Casados Con Hijos,” a remake of “Married with Children,” and “La Niñera,” a modern take on “The Nanny.”