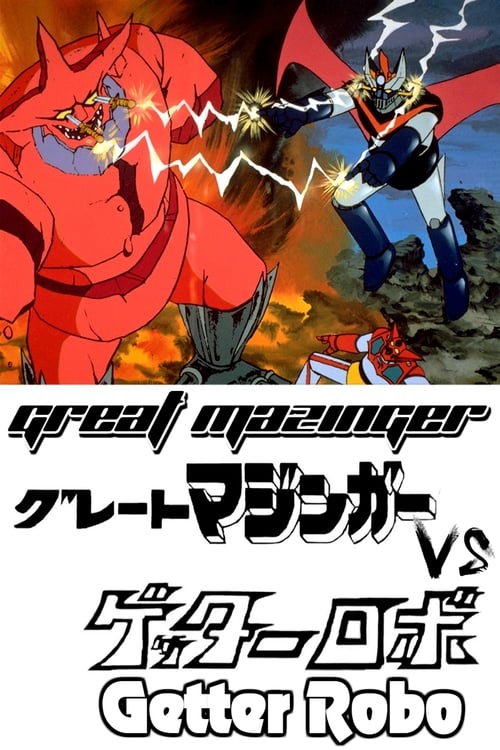 When an UFO delivers a metal-eating monster to the heart of Japan, Getter Robo and Mazinger Z are launched to combat the alien menace. Fighting individually, the space monster’s metal-eating and acid-spitting abilities prove too much for Japan’s super robot forces - only their combined might stands a chance against defeating it! But with Mazinger Z damaged, can Getter Robo defend against the monster long enough for its comrade to be repaired? And even with forces combined, can they defeat the monster before all of Japan is destroyed?