Oh Seagull, Have You Seen the Sparkling Ocean? An Encounter 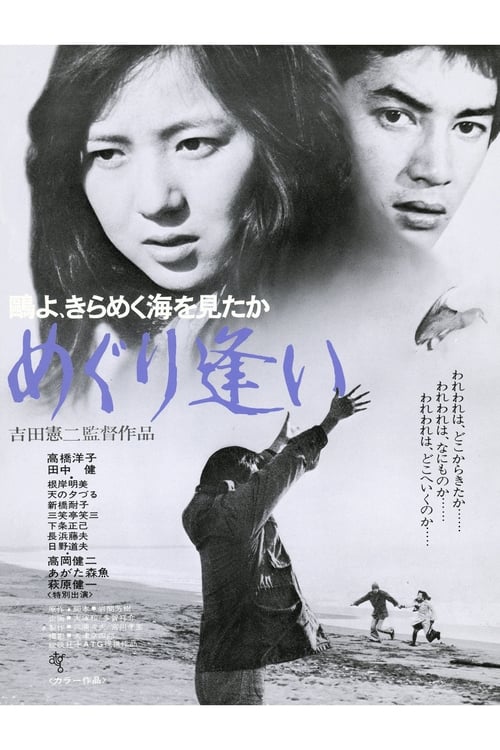 Oh Seagull, Have You Seen the Sparkling Ocean? An Encounter (1975)

Om Oh Seagull, Have You Seen the Sparkling Ocean? An Encounter

Fujishita Kumi is an ordinary office lady. Longing to escape her poor fishing village for a life in the city, she came to Tokyo. One day while alone in the office, she’s spotted rolling up her pantyhose by the window cleaner Kurata Katsuo. This was to be their first encounter. Completely enchanted by Kumi, Katsuo does everything he can to get close to her. Katsuo is a man with a terrible past. With the death of his coal miner father, his family was broken up and he was forced to follow in his father’s footsteps laboring away in the mud. In spite of this, Katsuo still has dreams. He dreams of living in Resiporuko, a utopian fantasyland that exists only in his imagination. When Katsuo and Kumi finally meet they find themselves unable to communicate. Katsuo spends all his time talking about Resiporuko with a starry look in his eyes, while Kumi dreams of living the high life in the city. One day when the two travel to the seashore, they discover a wounded seagull.