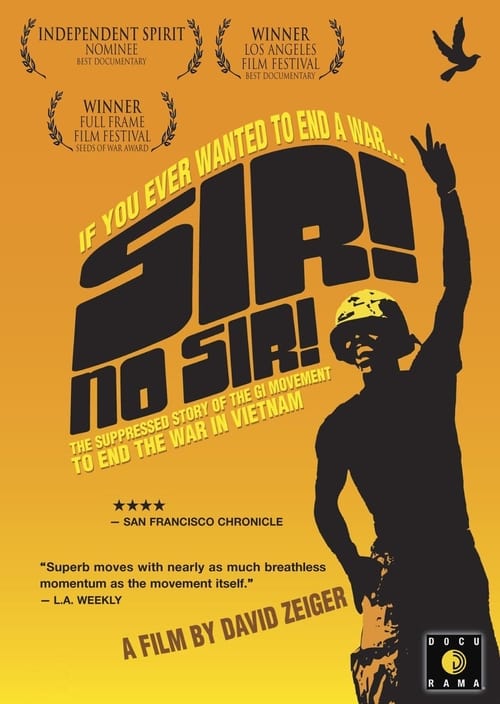 Sir! No Sir! is a documentary film about the anti-war movement within the ranks of the United States Military during the Vietnam War. It consists in part of interviews with Vietnam veterans explaining the reasons they protested the war or even defected. The film tells the story of how, from the very start of the war, there was resentment within the ranks over the difference between the conflict in Vietnam and the “good wars” that their fathers had fought. Over time, it became apparent that so many were opposed to the war that they could speak of a movement.