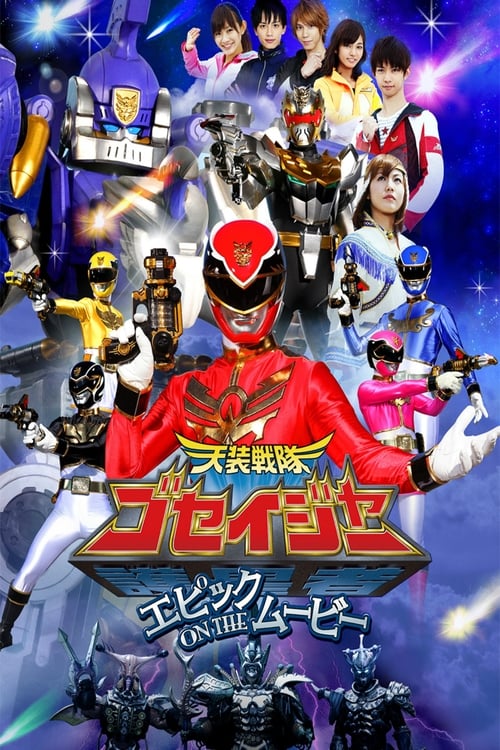 The film follows the Goseigers as they try to save the Earth from Warstar’s surviving members. Tensou Sentai Goseiger: Epic on the Movie is the title of the film edition of the 34th Super Sentai Series Tensou Sentai Goseiger. It was released on August 7, 2010, double-billed with the Kamen Rider W film W Forever: A to Z/The Gaia Memories of Fate. Like W Forever, Epic on the Movie was also filmed in 3-D.