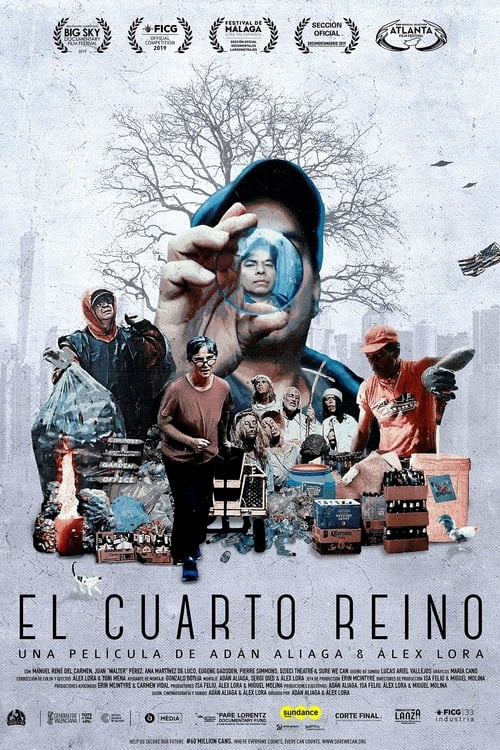 The regular visitors to a recycling center in the Brooklyn borough of New York, run by René, a discreet Mexican who works and sleeps there, and by the Spaniard Ana de Luco, form a community capable of transcending their reality to turn it into a realm of their own, sometimes surreal, outside the great collective swindle of the American dream. (Based on the short film The Fourth Kingdom, 2017.)