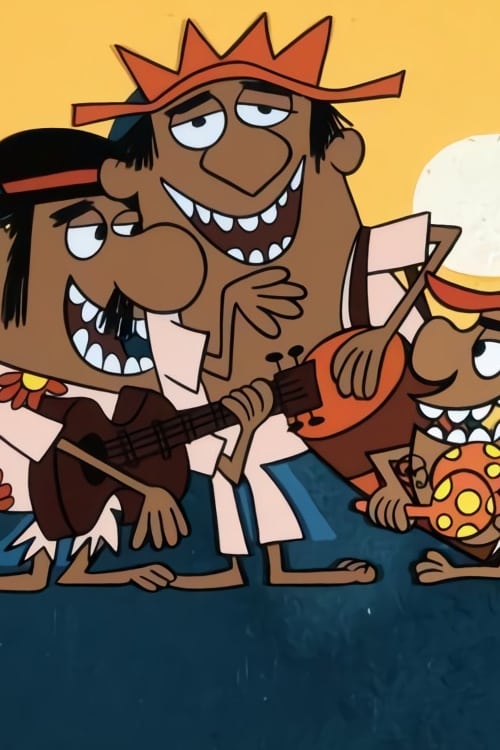 “Trees and Jamaica Daddy” was the first of a UPA series (short-lived) that featured two different subjects (plot, characters)running about 3.5 minutes each, on a seven-minute reel. The first one here was titled “Trees”, featuring a little girl named Hattie giving her version of the birds, the bees and trees. The second one on the reel was called “Jamaica Daddy”, about the animated Hamilton Ham and his band, who tell all about, in music and the usual UPA animation style, Jamaica Daddy, and his family tree in calypso fashion. “Ham-and-Hattie” were not a team, and did not appear together in this cartoon.