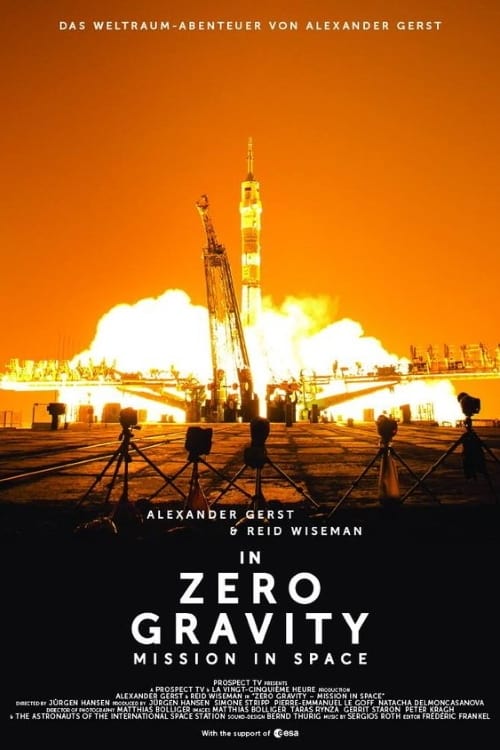 In May 2014 three men were sent into space for a period of six months: the American astronaut Reid Wiseman, German Alexander Gerst and Russian Maxim Surayev. For Wiseman and Barley, it was their first space trip. They take you on a breathtaking adventure. The film follows them during their last months of training in different locations - the NASA center in Houston, Star City near Moscow and the European Centre in Cologne - and ultimately, the launch from Kazakhstan in May 2014. During their six-month stay, the astronauts also shoot footage, giving the viewer an overall picture of what it means to be an astronaut. Zero Gravity is a unique experience full of inside information, fascinating images of space as well as a beautiful story about friendship and devotion.