Dust off your capes and check your pockets for kryptonite, because “DC's League of Super-Pets” is coming to HBO Max on Monday, Sept. 26. The film took in $177.6 million at the box office against a $90 million budget, signaling a tidy profit for the animated comic book flick. “League of Super-Pets” features an impressive cast of stars, including Dwayne “The Rock” Johnson joining Kevin Hart, John Krasinski, Natasha Lyonne, and more, and it now be available to stream to all HBO Max subscribers 59 days after debuting in theaters.

As a DC property, “League of Super-Pets” was always destined to come to HBO Max when it left theaters. When it came to theaters on Aug. 1, The Streamable speculated that the animated film would be moved to streaming after the standard 45-day window.

But that was before Warner Bros. Discovery CEO David Zaslav’s corporate philosophy had become clear. Zaslav spent August implementing every cost-cutting measure possible to help the company find a total $3 billion in savings. One such measure was nixing the 45-day theatrical window for expensive movies, and ensuring that WBD got every penny from their movies in theaters and for rent or purchase on premium video-on-demand (PVOD) platforms like Prime Video.

WBD didn’t wait to start pursuing this policy with theatrical releases. Its Baz Luhrmann-helmed biopic “Elvis” got a theatrical/PVOD window of 70 days, which The Streamable theorized might be WBD's new standard. But with “League of Super-Pets” coming to streaming after 56 days, it seems WBD’s strategy is not that simple. 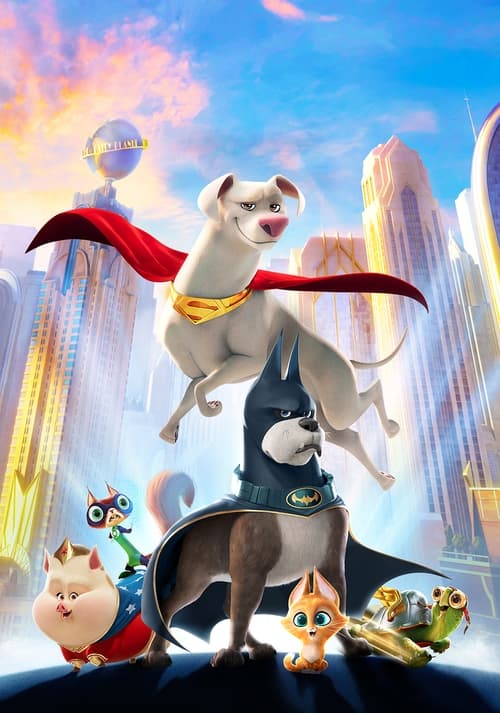 When Superman and the rest of the Justice League are kidnapped, Krypto the Super-Dog must convince a rag-tag shelter pack - Ace the hound, PB the potbellied pig, Merton the turtle and Chip the squirrel - to master their own newfound powers and help him rescue the superheroes.

How much money a film makes on digital rental and purchasing platforms will probably have a big say in future windowing for WBD. The company does not release its internal numbers regarding digital rentals and sales, but it’s reasonable to assume that how well a film is trending in such areas will impact its shelf PVOD life.

“Elvis” was available on PVOD services for 24 days before coming to streaming on Sept. 2, but “League of Super-Pets” got 34 days. That suggests that the film did well on PVOD platforms, but perhaps did not measure up to theatrical expectations, since it only got a 25-day theatrical exclusive window, as compared to “Elvis’s” 45-day exclusive window.

Regardless, “League of Super-Pets” coming to streaming on Sept. 26 reinforces the notion that WBD will only have one unbreakable rule regarding theatrical windowing, make the most money as possible before moving films to streaming.