School is back in session! The second season of the ABC sitcom “Abbott Elementary” is coming to airwaves on Wednesday, Sept. 21. The show follows the staff of above-and-beyond teachers that man the halls of Abbott Elementary, an underfunded public school in Philadelphia. The series is a comedy, but drives home the difficult lives that teachers lead as they try to reach their goal of helping kids. New episodes air every Tuesday on ABC, and you can watch the Emmy-winning series with a 5-dagers gratis prøve of DIRECTV STREAM.

Episodes of “Abbott Elementary” will also stream on Hulu the day after they air on ABC.

“Abbott Elementary” is a mockumentary-style series focusing on the inner workings of a public school that’s been nearly written off by the government. Each teacher at the school has their own style and methods of connecting to their students, but they all have a total commitment to what they do and to enriching their students’ lives through education. It’s a joyful show that also focuses on some of the most critical issues surrounding public schooling, and the many difficulties encountered every day by teachers, with little to no appreciation from parents or the public at large. 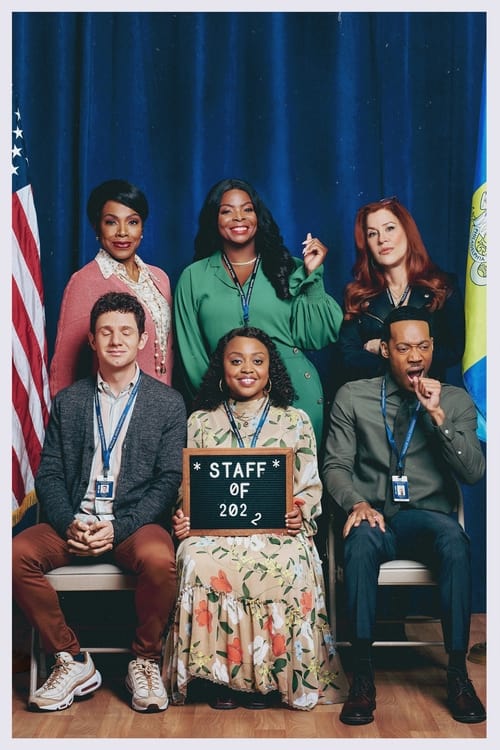 In this workplace comedy, a group of dedicated, passionate teachers — and a slightly tone-deaf principal — are brought together in a Philadelphia public school where, despite the odds stacked against them, they are determined to help their students succeed in life. Though these incredible public servants may be outnumbered and underfunded, they love what they do — even if they don’t love the school district’s less-than-stellar attitude toward educating children.

“We’ll be going home and out with them more,” Brunson said. “In the first season, I really wanted people to fall in love with Abbott the school and the staff. We wanted people to feel like they wanted to work at or went to Abbott. This season, they know us well. They know the teachers well. They know the school well. Now, we can go out to events and parties, into our characters’ houses and be outside more. But I still believe a workplace comedy should take place in the workplace. So, it’s not like we’ll be turned into a whole other show.”

Can You Stream “Abbott Elementary” Season Two Premiere For Free?

Yes! If you’re not already subscribed to DIRECTV Stream, you can sign up for a five-day free trial! That way, you’ll be able to see the second season of “Abbott Elementary” begin at no cost.