When Will George Clooney and Julia Roberts’ Film ‘Ticket to Paradise’ Be Available to Stream? Will It Be on Netflix, HBO Max, Peacock?

The new George Clooney and Julia Roberts movie, “Ticket To Paradise”, is finally debuting after a much-debated deal was brokered within Universal Studios. The company is trying to shift the movie business back into the theaters since pandemic lockdowns forced debuts to streaming platforms. The movie will still be available for streaming on Peacock, but the timeframe isn’t clear as to when.

The romantic comedy of course stars producers Clooney and Roberts, who play a divorced couple that decides to sabotage their daughter’s hasty relationship in hopes of preventing her from making the same mistakes they did. This movie lengthens the Clooney-Roberts collection, as the duo has worked together on previous films, like “Money Monster” and two of the “Ocean’s Collection”.

The film has already premiered in the global market, and is currently available for viewing in Spain, Brazil, and the United Kingdom. The film is set to hit U.S. theaters on October 21st, but for those of us that want to watch the movie from the comfort of our living room, a streaming release date is still under speculation. While we know for sure that the film will first be available to stream on Peacock, it’s clear that Universal wants to keep the film in theaters as long as possible to help the industry recover from pandemic-related losses. 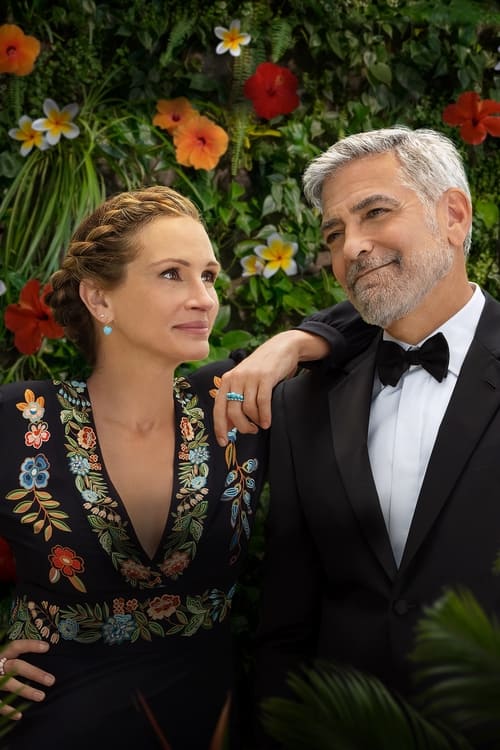 A divorced couple teams up and travels to Bali to stop their daughter from making the same mistake they think they made 25 years ago.

If Universal repeats recent behavior, the film can be expected to become available on Peacock for streaming about 3 months after the opening date, like they did with “Jurassic World Dominion”. This would put the streaming date around mid-January 2023, but with the industry remaining unpredictable, the date could be pushed up in time for the holiday season (December 2022), or it could be pushed back to provide a new romantic comedy option for Valentine’s Day (February 2023). And if the trend holds, it should become available for streaming on Amazon Prime Video about 4 months after Peacock, and then on Starz about 18 months later, according to the licensing deal.