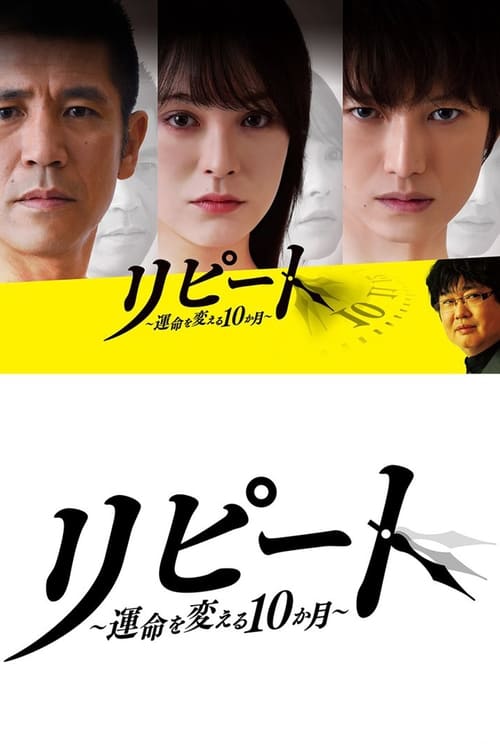 Shinozaki Ayumi receives a strange call telling her that an earthquake will occur one hour from now. She hangs up the phone thinking it was just a prank call. But one hour later, she feels herself sway a little. When she turns on the television, she realizes that what the caller said about the time and the epicenter was on the mark. After that, she receives another phone call from the same caller who identifies himself as Kazama. He says that he knows what will happen in the future because he went back to a certain spot from the future and made a fresh start in life. Calling this time travel “Repeat”, he invites Ayumi to be his guest. Besides Ayumi, Mori Keisuke and Tendo Taro are among the eight people who have been invited by Kazama to participate in “Repeat”. These eight people who are making a repeat as a result of past regrets, are hit with a series of unanticipated events.