How to Watch the ‘Archer’ Season 13 Premiere For Free on Apple TV, Roku, Fire TV, and Mobile

America’s most incompetent, drunken, and surprisingly capable spy is back for lucky Season 13! The FXX primetime cartoon “Archer” returns to take on the bad guys while raiding every mini-bar he comes across. The latest season finds the titular superspy dealing with the loss of his mother as new forces try and remake the covert agency she worked so hard to create. Hide the lard liquor before tuning in on Wednesday, Aug. 24 at 10 p.m. ET with a Subscription to Sling TV (50% OFF).

How to Watch the ‘Archer’ Season 13 Premiere

The “Archer” season premiere will also be available on Thursday, Aug. 25 on Hulu and every episode will arrive on streaming the day after it airs on FXX.

In a superspy sendup that’s lasted for 13 seasons, “Archer” takes a look at covert action and flips action tropes on their heads. Sterling Archer (H. Jon Benjamin, “Bob's Burgers”) is America’s least known secret agent who bungles through operations with a pistol in one hand and several martinis in the other.

Though quite capable, his overconfidence creates trouble for him and his cadre of compatriots including Lana Kane (Aisha Tyler, “Criminal Minds,”) Cyril Figgis (Chris Parnell, “Saturday Night Live,”) and a host of other scientists and spies that can barely stand his presence. 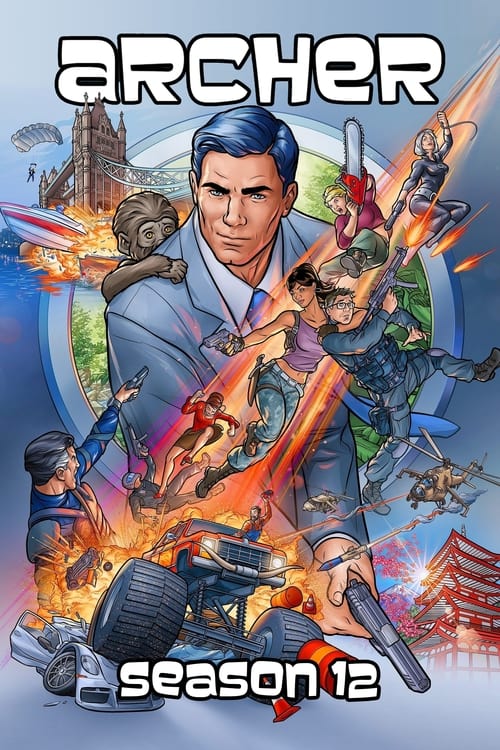 In Season 13, Archer’s mother and CEO of his intelligence agency, makes her unannounced exit as Fabian Kingsworth takes over. Now working for the spy conglomerate known as the International Intelligence Agency (IIA), the team has to figure out their new place in the spy world as they take on odd jobs for their new bosses. This season will consist of eight half-hour episodes, with the current release schedule as follows:

How to Stream the ‘Archer’ Season 13 Premiere on Apple TV, Roku, Fire TV, Android and iOS