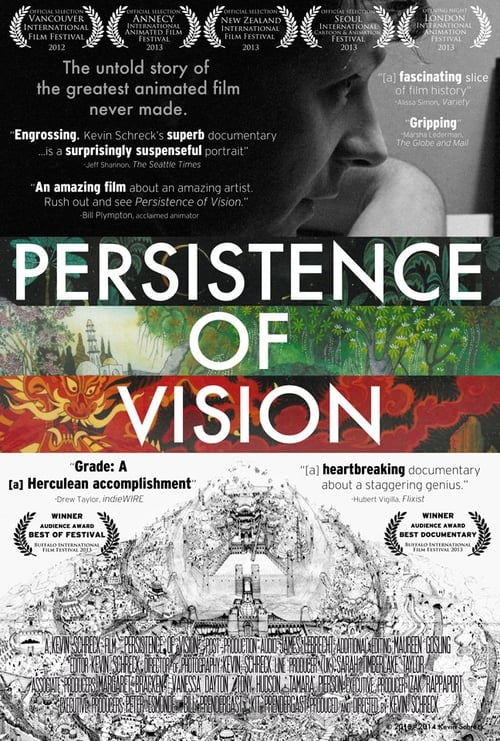 It was to be the greatest animated film of all time. Not just an eye-opener, but a game-changer. Richard Williams demanded nothing less, investing nearly three decades into his movie masterpiece. From as early as 1964 he ploughed most of the profits right back into his pet project, a feature inspired by the Arabian Nights and provisionally known as Mullah Nasruddin. He assembled a team of inspired young artists—and brought in the best Hollywood craftsmen to teach them—and devised what would be the most elaborate, kaleidoscopic, mind-boggling visual sequences ever committed to celluloid. Years passed. Potential financiers came and went. Work continued. But it was only after Roger Rabbit that Williams had a studio budget to corroborate the munificence of his imagination.

Where can you watch Persistence of Vision online?