Apparently, Dave Bautista’s co-stars aren’t the only dead things in “Army of the Dead.” Many Netflix fans are reporting “dead pixels” in certain scenes from the latest Zack Snyder film.

Army of the Dead Pixel pic.twitter.com/H14f40CHdB

Wtching Army of the Dead on Netflix (its ok so far)
But one of the cameras they are using has a dead pixel, and they didnt fix it in post. (Dead pixel is on this characters cheek)
This is super distracting to me & tells me this is lazy (big budget) filmmaking
Thats an easy fix. pic.twitter.com/Rft5glXjwf

One of two things are at play here — either there really were dead pixels or these are simply effects from the camera Snyder used to film the movie. According to Variety, Snyder used, “RED Monstro digital cameras equipped with vintage Canon lenses” to give the film a distinct look. Either way, a major film was released with visual glitches that didn’t serve any sort of purpose — though it might not be Snyder’s fault, but Netflix’s.

Variety also reported more from the original Reddit thread, saying that users have claimed similar instances of “dead pixels” were seen in Netflix’s “Extraction,” “Jupiter’s Legacy,” and “Shadow and Bone.” One user wrote, “I’ve been noticing white pixels in lots of recent Netflix content lately, “Shadow and Bone” for example had several of them,” they said. “They’d be there for some scenes and then not on others. Came and went, but always back on the same few pixels when it would be there.”

Still, for anyone who can get over some minor visual issues here and there, the film is a fun little zombie romp, perfect for a Saturday night over pizza, wings, and adult beverages. The film stars Dave Bautista, Ella Purnell, Omari Spellman, and Ana de la Reguera, and tells the story of a ragtag group of heist experts looking to pull off one last job — a vault underneath a Las Vegas casino. The only thing standing between them and a huge payday is the undead horde, lead by zombie “alphas” who serve as their king and queen. The film currently has a 70 percent Rotten Tomatoes critic score, matched by a 76 percent audience score. “Army of the Dead” is available to stream right now on Netflix.

I’ve been Snyderpilled. That Army of The Dead movie was absolutely NUTS and I loved every minute of it. I might be Snydering for another round of The REAL Justice League tonight though 😎😏💯🔥🔥 #ArmyOfTheDead pic.twitter.com/AblHeUGbye

Army of the dead was pretty awesome. Batista is really good in it as well.

army of the dead was very good and the whole time loop thing got me rlly hyped for a sequel. hoping these queens come back because they did amazingggg #ArmyOfTheDeadNetflix pic.twitter.com/Kpb4TRdpH3 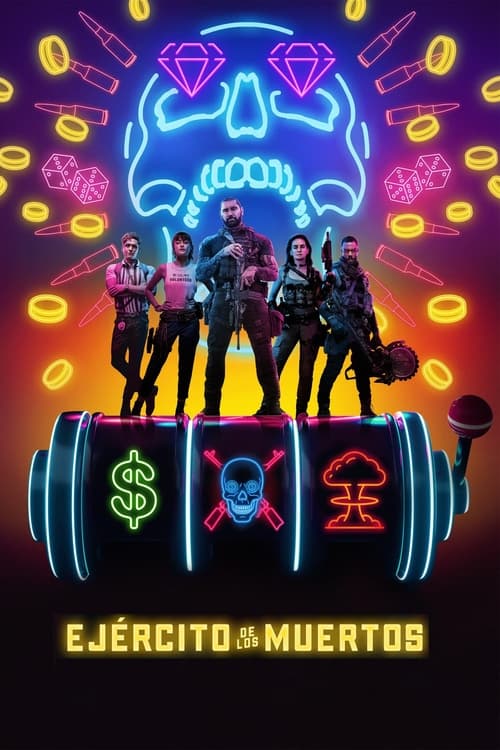