Attack from another World 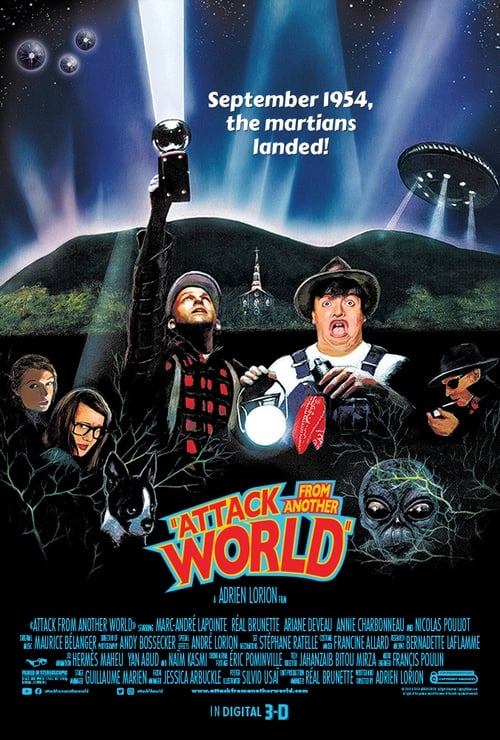 Acerca de Attack from another World

September 1954. A wave of UFO sightings sweeps over France. In America, a propaganda of a Soviet invasion is spread around. In a Québec countryside, Mr. Edmond, a bullfrog hunter, on the way to meet his friend, Ti-Paul, and his trusty dog, Bobby, are suddenly faced by a flying saucer from which emerges aliens. In a hazy forest, Lorette, the mayor’s daughter, and her best friend, Yvonne, are stalked by strange glowing spheres. They are immersed in a temporal fall. The above scenario inspired by SF classics of the 50’s was filmed in Stereoscopic 3D.