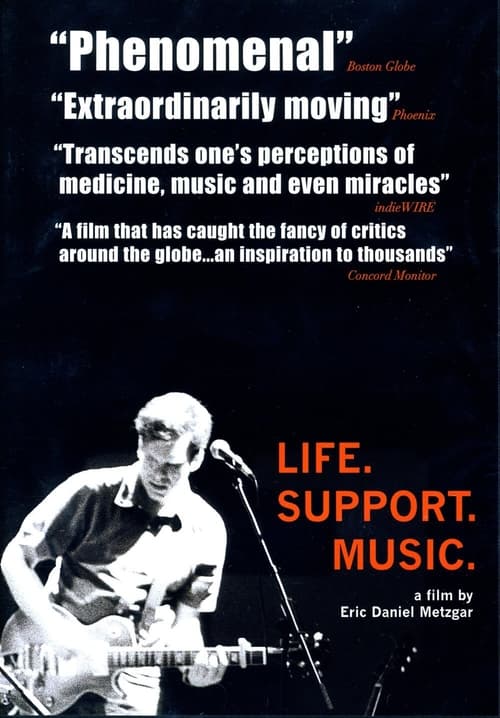 In August 2004, Jason Crigler, one of New York City’s most sought-after guitarists, suffered a brain hemorrhage during a concert in Manhattan. That night at the hospital, the doctors told Jason’s family-if he makes it through the night, there won’t be much left of him. Jason’s wife, Monica, pregnant at the time, froze. “Everything completely stopped. I forgot all about the pregnancy. I think I left my body. I remember thinking, ‘This cannot be true. I cannot go on without Jason.’” Days passed, and Jason’s family was forced to accept the new dark reality at hand. But they refused to accept the dark future described by doubtful doctors. So in the face of wrenching despair and horrifying odds, the Criglers made a resolution-Jason will make a full recovery. And thus began the long, grueling, implausible and mystifying journey chronicled in Life. Support. Music.

Where can you watch Life. Support. Music. online?