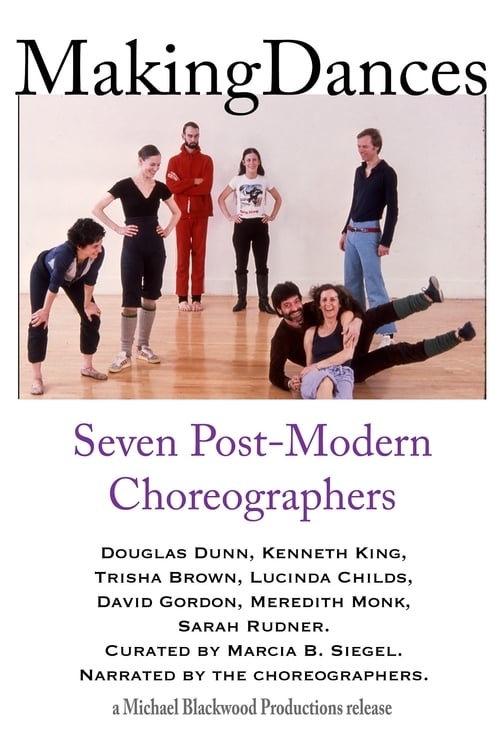 Made in 1980, this film explores the contemporary dance scene through the work of seven New York-based choreographers. They discuss the nature of dance and the evolution of their own work. Filmed at rehearsals, performances, and during interviews, the film is a unique primary source. The artistic roots of these seven artists can be found in Martha Graham’s concern with modern life as a subject for dance and in Merce Cunningham’s emphasis on the nature of movement. In the 1960s, the interaction of art forms generated choreographic innovations. Especially influential was John Cage, whose radical ideas served as a point of departure for much of the new choreography. Each of the choreographers in Making Dances draws inspiration from the Graham/Cunningham tradition, yet each makes a highly distinctive statement. Structure, movement in non-fictive time and space, and the nature of movement itself are recurring themes.