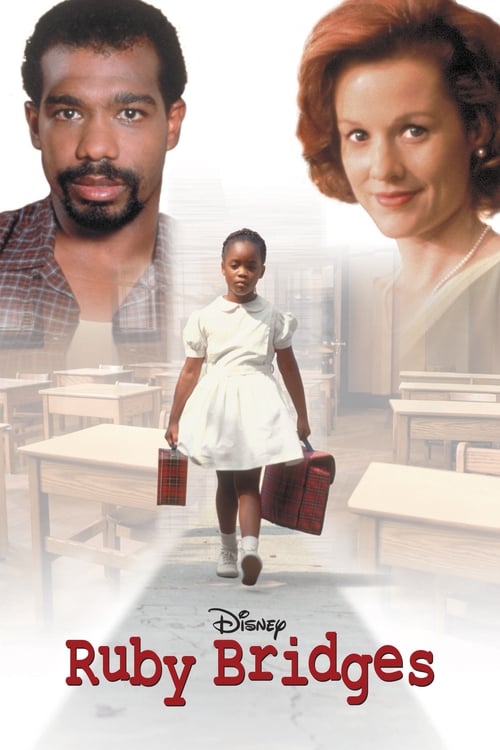 The true story of Ruby Bridges, an African-American girl who, in 1960 at age 6, helped to integrate the all-white schools of New Orleans. Although she was the only black girl to come to the school she was sent to, (and since all the white mothers pulled their children out of class, she was the only one there, period), and though she faced a crowd of angry white citizens every day, she emerged unscathed, physically or emotionally. Encouraged by her teacher, a white woman from the North named Barbara Henry, and her mother, Lucille, and with her own quiet strength, she eventually broke down a century-old barrier forever, a pivotal moment in the civil-rights movement